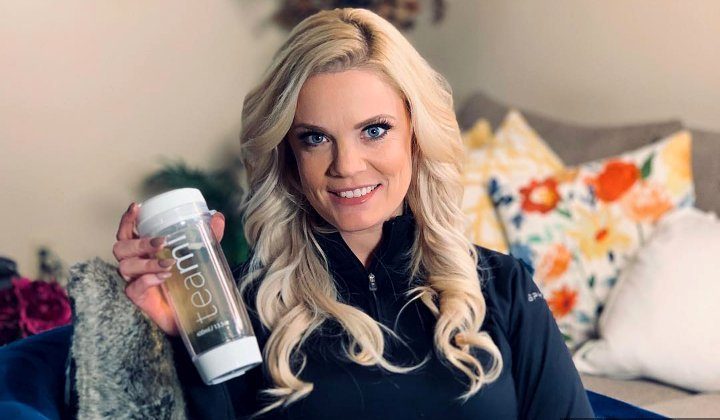 AceShowbiz –Ashley Martson‘s health crisis isn’t over just yet. A week after she returned home following her hospitalization earlier this month, the “90 Day Fiance” star reveals that she will be having a second surgery for her kidney failure.

The 31-year-old took to Instagram on Friday, January 25 to inform everyone that she will be out of work for at least a month. “Happy Friday, Everyone!” she opened her post. “I will no longer be doing any new promos, endorsements, cameos, or any PR as of Feb 8. If I have already signed with you it will be done. If I have not, I will not be available until mid March for anything. I will be undergoing surgery and will be down at least a month.”

Asking her friends and followers for prayers, she added that from now on she would refrain from sharing more details about her well-being after receiving backlash for her previous posts on similar topic. “Fans, all I ask for is prayers,” she added. “I will not be sharing much information about my health any longer, my willingness to overshare came with nothing but scrutiny and backlash. I need to focus on my health, family, and recovery for that month. I appreciate all who support me very much.”

Ashley was rushed to the hospital after collapsing in her home on January 13. She shared that she suffered acute kidney failure due to complications from lupus. She underwent a surgery before getting dialysis in an attempt to avoid kidney transplant.

Following her health issues, her estranged husband Jay Smith rushed to the hospital to be by her side despite their rocky relationship. It was recently revealed Ashley filed for divorce from Jay on January 11, before her hospitalization. She, however, appeared to have had a change of heart as she withdrew the paperwork on Tuesday, January 22.

Ashley returned home on Saturday, January 19. Giving an update on her condition, she wrote on Instagram, “I’m home and starting to slowly recover.” She also thanked everyone for their donation through a GoFundMe page that was launched for her to help her cover her medical bills and to care for her two children while she wasn’t able to work. $3,860 was raised from original target of $5,000, but Ashley has taken the campaign down because “the amount of money raised was plenty to cover unexpected medical costs and loss of income.”