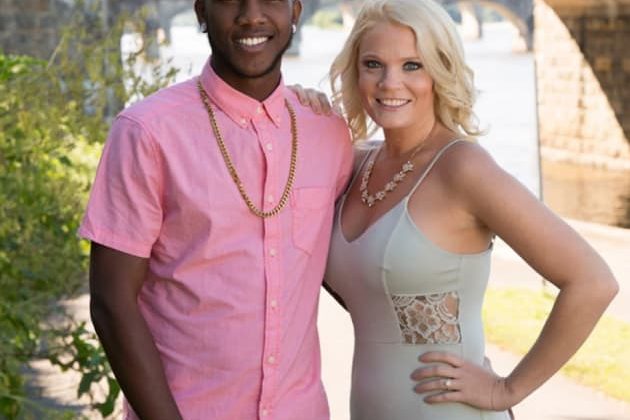 So much for happily ever after, we guess, huh?

On 90 Day Fiance this week, we learned that one cast member stepped out on the other, causing massive strife and sadness and speculation over the future of their marriage.

We have to start with Jay and Ashley, who finally got married, yet didn’t really get to enough a honeymoon phase.

Before vows were even exchanged, we witnessed Jay seriously stressing out about being stuck with just one person for the rest of his life.

“I’m going to be tied down forever. I can’t do nothing,” he whined. “I don’t think anyone is 100 percent ready to get married unless they’re like 50.”

That was disturbing enough to hear, but then it got so much worse:

On the every day they got home from their Las Vegas wedding, Ashley discoverde that Jay had made a Tinder account — and was messaging numerous women asking them to meet up.

“After everything that I’ve done for him and this is how he treats me. I don’t even know how you can go to bed at night,” Ashley said in response. “The signs were there and I just ignored them.”

She added that because they’re husband and wife and he is not a citizen, she’s responsible for him — so she can’t just kick him out of her house, which makes things extra hard on her.

What will she do, we were left to ponder?

For Eric and Leida, the former was stuck between your basic rock and a hard place.

His children didn’t want to come to his wedding and his fiancé threatened to return to her home country all the darn time.

“Leida is my last shot at love,” Eric said at one point.

Leida, meanwhile, told everyone – even the woman doing her nails the day prior to her wedding – that Eric was a letdown and that she disliked his daughters.

Sounds like these two have a real future, huh?

“I wish that I could turn back time and just get a single guy. He has a lot of baggage,” she said, adding:

He confessed that he never applied for her visa until he got to Russia, so he’s actually the reason she will not be able to return with him.

“This is not what I want our relationship to be,” Olga said, understandably upset about the situation.

However, Steven realized he had made a ridiculous request when he told Olga he would take their son to the United States.

So he apologized and told her to keep their kid until she could come as well.

Then, he got down on one knee and proposed!

“I’m going to miss him more than anything in the world but I know that it’s the right thing to do,” Steven said.

We end with the trials and tribulations of Larissa and Colt.

Following Colt’s explosive barbecue, Larissa and his mother, Debbie, were far from fine. Heck, they weren’t speaking for weeks and it stressed out Colt.

“I don’t know that I can forgive her,” Debbie said. “I don’t see how Colt can go through with this marriage because she’s a bitch.”

To our surprise, though, Larissa invited Debbie to go with her to get their nails done, apologizing for everything during their outing, which made both of them feel a lot better.

“I believe that when Larissa apologized to me, it was very sincere,” Debbie said. “I think we probably figured out a lot of our problems.”