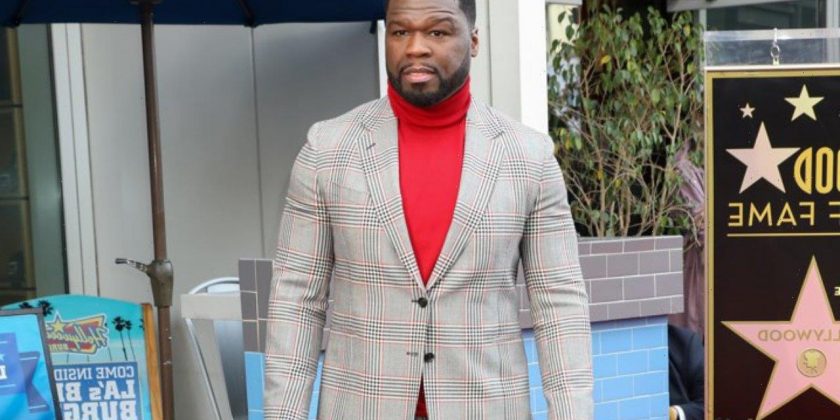 In the said post that he shared on Twitter to mark the 20th anniversary of 9/11, the ‘In da Club’ rapper attached a black-and-white photo of the burning Twin Towers.

AceShowbiz –50 Cent seemed to be unbothered with backlash over his 9/11 post. More than a week after he landed in hot water for promoting his cognac brand while offering his condolences, the “In da Club” rapper played down the criticism.

On Monday, September 20, the 46-year-old posted a screenshot of HipHopDX’s article with the headline reading, “50 Cent Under Fire for Self-Serving 9/11 Post.” In the caption, he wrote, “i’m just seeing this guys am i still under fire, or did things blow over.”

Fiddy shared the talked-about post on Twitter on the 20th anniversary of 9/11. Alongside a black-and-white photo of the burning Twin Towers, he noted, “This day will forever be remembered, to those who lost loved ones my condolences. #bransoncognac #lecheminduroi.” 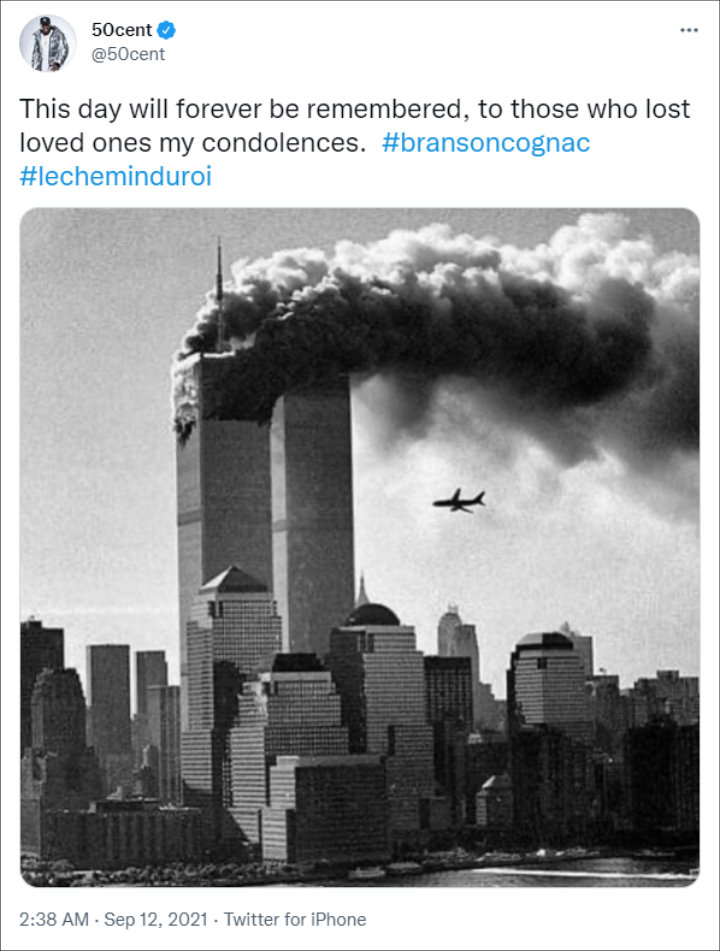 50 Cent promoted his cognac brand while sharing his condolences to 9/11 victims.

Many have since dragged Fiddy for being insensitive. “Did you seriously f**king hashtag your liquor on a 9/11 post?!?!” one person argued, before another echoed, “You really needed to tag your brand and use this picture? Maybe a little class.”

This was not the first time the “Power” creator drew backlash over his social media post. When reacting to Michael K. Williams‘ death, he promoted his new Starz series “Power Book III: Raising Kanan” instead of paying tributes.

“Damn if you didn’t see Raising Kanan check it out that fentanyl is no joke, killing the clientele. R.I.P. micheal (sic) k williams,” he penned on Instagram along with a screenshot of a New York Post article about Michael’s cause of death. He later changed the caption, which read, “New Caption alert hey jimmy ya man OD’ed.”

In another post, Fiddy pointed out his past differences with the “Boardwalk Empire” star. “Don’t ever try to understand me I’m different,” he explained. “I don’t do all the fake love s**t.”

While someone called Fiddy’s act “disgusting,” another suggested that “Something is wrong with this man! He needs help!” One person, meanwhile, wondered, “Why hasn’t he been cancelled yet ?”