In the late ’80s, Raven-Symoné won over TV audiences as a child actor with a role on The Cosby Show. She shined so bright as Olivia, Johnny Carson invited her to The Tonight Show when she was only 5-years-old. But things went from silly to serious when she thought her host asked about her private life during their chat. That’s when she gave him a stern but adorable warning.

What did Carson actually say to her? And what does she think of her experience acting on The Cosby Show now? Plus, is it true that she still has her Cosby money? 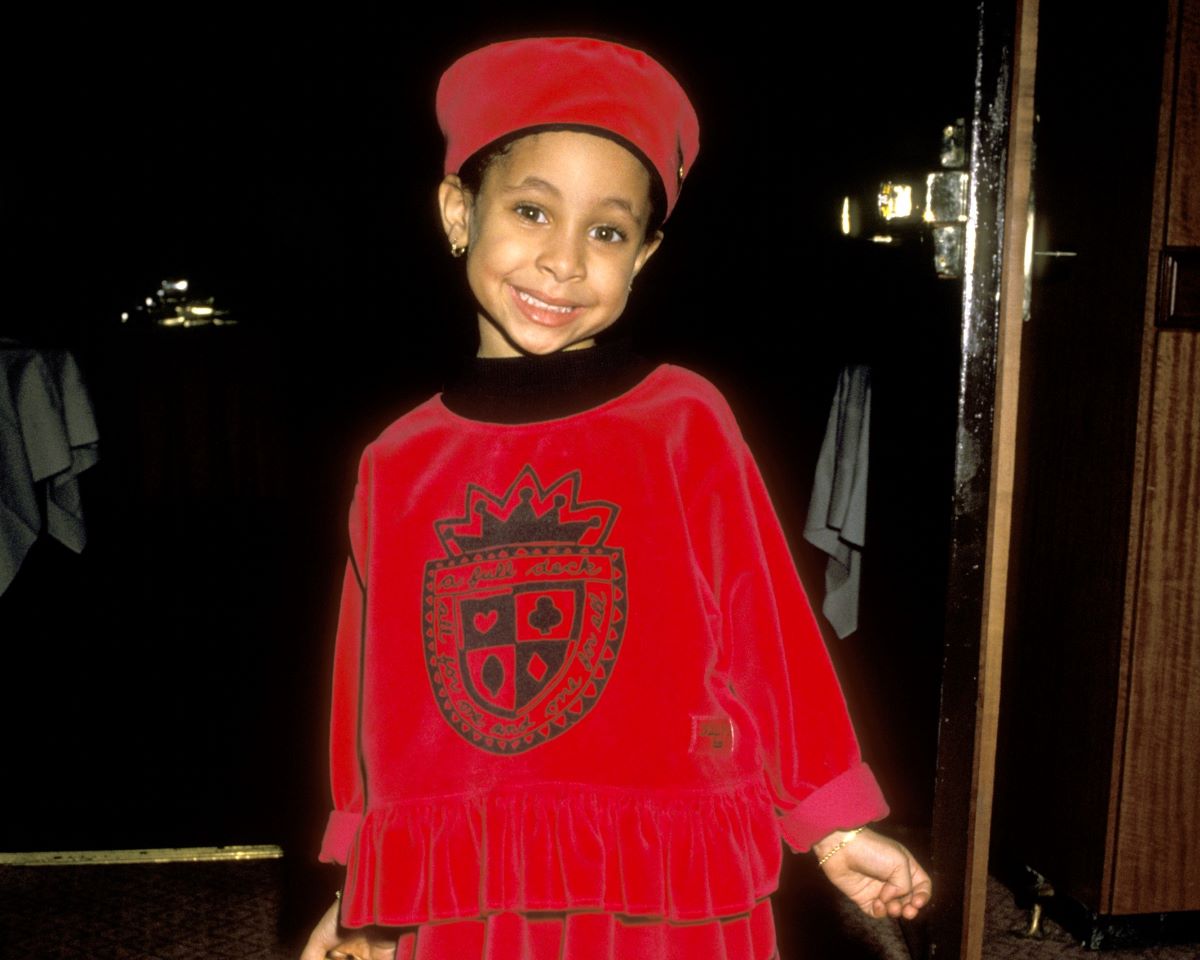 On ‘The Tonight Show Starring Johnny Carson’ at 5

Symoné was already a big star in her own right when she visited The Tonight Show Starring Johnny Carson in 1991. So, she apparently wasn’t afraid to put a legend like Johnny Carson in his place if she thought she needed to. In a clip available on YouTube, Carson asked if she had brothers or sisters — but she didn’t hear him quite right.

“Watch yourself, Mr. Carson,” she told him very sternly, though he didn’t seem to know what he’d done wrong. “Watch yourself,” she repeated, then added, “I don’t have any boyfriends.”

When Carson clarified he’d asked about her siblings — not her love life — she let out a visible sigh of a relief. She then shared her mom was pregnant with her brother, though she hoped he’d be a sister then. Their conversation turned to school, and she shared that she’d skipped kindergarten and was in first grade. An impressed Carson assured her, “Kindergarten is such a drag.”

Before she left, Symoné seemingly stole the audience’s heart when she gave Carson a rose she’d been holding throughout their chat. “I heard this was your last year, so I just want to give you this rose,” she said. She even added, “I love you.” And then she sealed the deal by showing off some impressive flamenco dancing skills.

While her maturity and charisma were already apparent in the interview, she revealed as an adult she lost her memories of childhood acting.

Symoné recently disclosed that she remembers some things from the set of The Cosby Show, but she “clicks off” when cameras start. So, she said she doesn’t have memories from performing on the show.

She did have memories of things that happened when she wasn’t acting, though. “I remember the smell of the soul food coming out of [Bill Cosby’s] dressing room,” she recalled.

It seems she has recollections of the moments before her scenes would start, as she described. She said, “When we open the show in front of a live studio audience you had to walk up these stairs and we came down that classic staircase. I remember standing up there and playing with the wood before I went down.”

But she said, “I do not remember as soon as the camera starts, something clicks off and I do what I’m trained to do.”

“It’s disassociation, I just black out,” she explained. “I turn into who I’m supposed to be when the camera’s on, and then I come back to when ‘normal’ life resumes. Again, it’s bottled up.”

Raven-Symoné still has her money from ‘The Cosby Show’

During a 2020 Instagram chat with social media influencer Jerome Trammel, Symoné impressively admitted, “I haven’t touched my Cosby money.” For the record, the series finale aired in 1992 — the year after Symoné’s Carson interview.

While it’s certainly a flex, she’s been working big jobs since she was a child. After her time on The Cosby Show, she went on to star in the Disney Channel hit show That’s So Raven. Now, she’s the star and executive producer of its spin-off, Raven’s Home.

In 2020, Symoné married her wife, Miranda Maday. Her 2021 net worth is reportedly $40 million — a number that would likely impress Carson as much as skipping kindergarten.