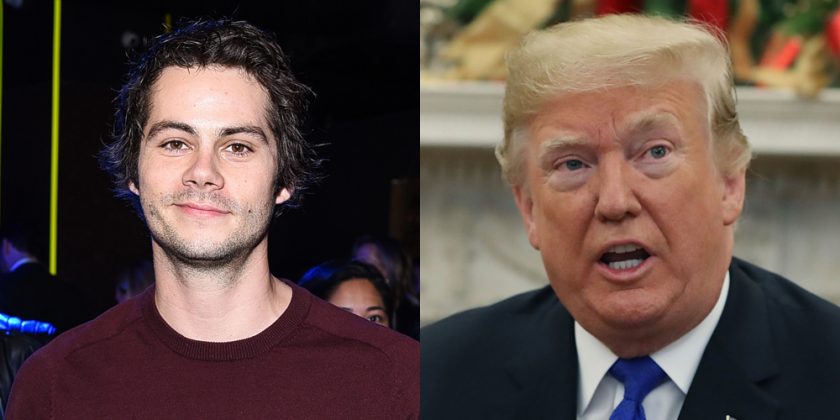 If you follow Dylan O’Brien on Twitter, then you know that he is not a fan of President Donald Trump whatsover.

The 27-year-old The Maze Runner actor is not afraid to voice his opposition to the president when he is not happy with something Trump says or does.

Dylan took to Twitter on New Year’s Eve to respond to something the president said about his attempt to get a border wall funded. We also found four other tweets where Dylan has slammed the president.

On NYE, Dylan tweeted, “I really wish we could laugh at what a f–king moron you are instead of it being so disastrously detrimental. Such a genuine tragedy. Anyway, eat sh-t you unfathomable f–khead. Tonight, I’ll be toasting to your inevitable prison sentence.”

Click through the slideshow to see the five tweets…