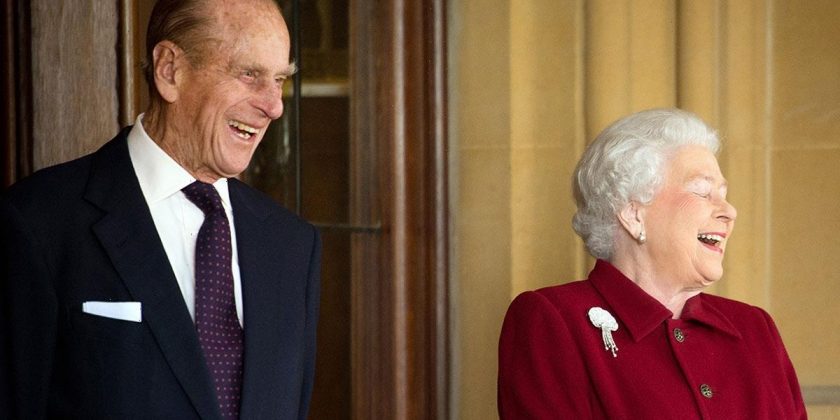 The Queen may be one of the world’s most famous women thanks to her hard work and dedication to her title.

But often, during her official engagements, Her Majesty likes to show off her humorous side.

It’s nice to know that she can enjoy herself on these rare occasions when she is joined by her family and other good friends.

Ahead of the 70th anniversary of her accession to the throne on Sunday 6 February 2022, HELLO! has rounded up the Queen’s funniest moments, from seeing the monarch in fits of giggles with her eldest son, Prince Charles, to sharing a laugh with her granddaughter-in-law, the Duchess of Cambridge.

The Queen and her grandson, Prince Harry, have a close bond and the pair were spotted laughing together at Lady Gabriella Windsor and Thomas Kingston’s wedding in Windsor in 2019. The Duke had just become a father after the birth of baby Archie.

WATCH: The Queen’s Jubilee celebrations through the years

The Duchess of Cornwall and the Duchess of Cambridge could not contain their giggles as the Queen gamely cut a cake with a ceremonial sword as the royal ladies attended the Big Lunch at the Eden Project, during the G7 Summit in June 2021. When told by an aide that there was a conventional knife available, the monarch replied: “I know there is, this is more unusual.”

One month after officially joining the royal family, Meghan carried out her first joint engagement with the Queen in Cheshire. While many would feel incredibly nervous performing the task, Meghan showed her relaxed and confident nature as she chatted and joked with Her Majesty. Meghan has previously opened up about how welcoming Harry’s grandmother has been to her.

Speaking in their first TV interview as an engaged couple, she said: “It’s incredible, I think, you know, to be able to meet her through his lens, not just with his honour and respect for her as the monarch, but the love that he has for her as his grandmother, all of those layers have been so important for me so that when I met her I had such a deep understanding and of course incredible respect for being able to have that time with her. And she’s an incredible woman.”

Zara Tindall and the Countess of Wessex, June 2019

The Queen has a great relationship with her granddaughter Zara Tindall and her daughter-in-law the Countess of Wessex. The three shared a joke during day 1 of Royal Ascot in June 2018.

The Duchess of Cambridge, June 2012

There’s no denying that these two royals are close! Here, the Queen is seen laughing with her granddaughter-in-law, the Duchess of Cambridge. The pair shared a chuckle whilst watching a children’s sporting event during a visit to Vernon Park in Nottingham.

The Duchess of Cornwall, October 2013

The Queen and her daughter-in-law Camilla shared a light-hearted moment during a visit to Ebony Horse Club and Community Riding Centre in Brixton. The pair clearly have a close bond.

MORE: The most beautiful royal weddings

One of the most fun engagements of the summer is the annual Braemar gathering in Scotland. It usually marks a return to royal duties for the Queen, who spends the warmer months in Balmoral. Prince Charles could not stop laughing as the mother-and-son burst into a fit of giggles on the sidelines.

The Queen seen smiling after she passed her grandson Prince Harry during the Sovereign’s Parade at the Royal Military Academy in Sandhurst. Unable to hide his joy, Harry could be seen smiling whilst the remaining cadets stayed stony-faced.

The Queen and her daughter Princess Anne shared a sweet moment while cutting a cake on International Women’s Day. The royals were celebrating at the Offices Of Women’s Education in Building.

As the Queen walked passed, Prince Willian could not contain his giggles during the Sovereign's Parade at The Royal Military Academy in Camberley.

The monarch was seen cracking up as she joked with her granddaughter Zara Tindall, nee Phillips. The duo seen at the Gold Cup Day at the Cheltenham National Hunt Festival.

Laughs all round! The Queen shared a joked with Princess Beatrice and Sarah Ferguson in the Royal Box before watching The Queen's horse 'Elector' run in the King Edward VII stakes on day 4 of Royal Ascot at Ascot Racecourse.

Both Prince William and Prince Harry couldn’t contain their laughter as they sat with the Queen at a parade celebration for her 90th birthday celebrations.