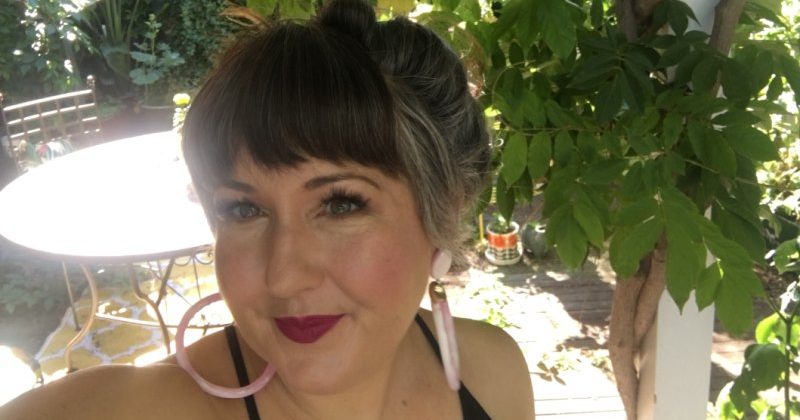 My relationship with hair dye changed as I progressed through my 30s. Somewhere along the line, colouring my hair stopped being about fashion and fun, a chance to experiment with violets and reds, highlights and whatever technique happened to be hip in my colourist’s eyes.

Appointments went from being every eight weeks to every six and then four. I began examining the roots of older actresses as I binge watched TV shows. Did they touch up every two weeks? How did their hair always look so perfect? 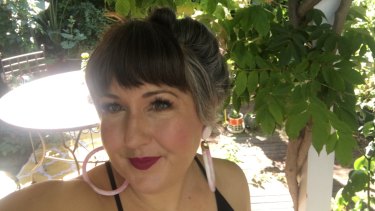 ‘Going grey, for a woman at least, is a big deal. A much bigger deal than it should be.’

Compared to my dark, dyed ends, my silver roots sparkled like tinsel that should have been taken down months ago. With fresh colour I felt great, but I knew I only had a couple of weeks before the truth I’d been hiding revealed itself to the world again.

Then one day, about nine months ago, at the age of 41, I realised I had a choice. I could keep doing this for the rest of my life. Touch ups every four weeks, wishing I had the time and money for fortnightly appointments, treating the grey as a source of shame, scheduling big events around my hair colour, budgeting so I could avoid box colour DIY that always turned my hair an unflattering jet black.

Or I could, quite simply, stop.

Going grey, for a woman at least, is a big deal. A much bigger deal than it should be. What is really just another hair colour is too often associated with surrendering to a life of frumpiness and irrelevance. An unfortunate side-effect of a society that reveres thin, youthful female beauty means that as women become more accomplished, confident and interesting as they age, qualities that should be a source of empowerment and pride, are overshadowed by the one thing they no longer possess: youth.

Naturally, googling women with grey hair was the first thing I did when I started to think about ditching the dye. Of course, there were the young social media influencers with on-trend silver dye jobs, but there were plenty more women of all ages, some in their twenties, others in their seventies, who had decided not to cover their silver hair. And the one thing they all had in common?

Once they’d persisted through the pain of the grow-out phase, they all looked amazing.

Amongst all the #thinspo and #fitspo and other hashtags designed to make women feel inadequate is a grey revolution powered by women all over the world determined to change the way we think about beauty, aging and going grey.

An array of private Facebook groups dedicated to "silver sisters" offer support, encouragement and hair care advice to those thinking about "transitioning".

It’s a movement so significant that actress and filmmaker, Victoria Marie, decided to make a feature film, Grey is the New Blonde, that documents the increasing number of women who have stopped dying their hair.

A native New Yorker, she first stopped dying her hair after the 9-11 terrorist attacks left her life in turmoil.

"I saw my first grey hair at 27, I didn’t care that much. I was raised in New York City and you have to develop a thick skin, I’ve always had the attitude, 'if you don’t like it, tough.' I did colour my hair for fun, but it was always just about fashion.

"Right after 9-11, I was just focused on putting my life back together and there was no real thought about dying my hair. I noticed I was greyer than I thought, but I just let it go." 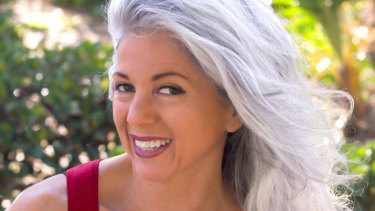 "It looked good, but I hated it. I didn’t feel like myself and I regretted my decision to dye my hair straight away. I thought, “Why did I cover that beautiful colour?”

While the dye was growing out, she posted a short video about her grey hair journey on YouTube.

"My channel was very small, under 100 subscribers, but this video started to get a lot of feedback. I came to realise I’d hit a nerve. This was a very important issue for women all around the world."

Even so, being grey isn’t always easy. Jobs are scarce for a 50-something actress in LA, especially one who refuses to dye her grey hair.

"It’s an uphill battle. Things are changing, but very slowly, and I’ve lost jobs because I won’t dye my hair. A man might be revered for his grey hair, but things are very different for women. I knew I had to do something to put myself on the map and I also knew I had a big enough, an important enough story, in the grey hair movement."

While making her film, Victoria Marie has spoken to hundreds of women about their grey hair and most share a similar story to mine: they decided to go grey when dying their hair became a chore rather than a fun fashion experience.

"For me, I’ve never felt empowered, free or authentic because of my grey hair," Victoria Marie says.

"I could not care less what people think. I just think it looks good. But for most women I’ve spoken to while making this film, they do feel that way. It’s more than just, “I’m going to let my natural hair colour grow out. It’s a metamorphosis for women to rock it and think, ‘This is who I am.’ They became this beautiful butterfly, not only in their hair colour, but in how they see themselves."