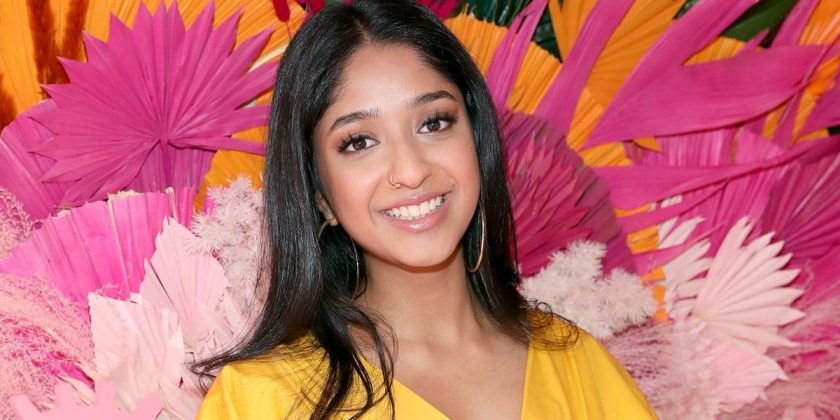 Never Have I Ever‘s Devi Vishwakumar isn’t exactly the most put-together high schooler on the planet, but off screen, the actress who plays her, Maitreyi Ramakrishnan, is crushing it on TikTok with her sunny sense of style, impressive dance moves, and badass makeup looks. In her Netflix show, Ramakrishnan’s makeup is subtle, but her 3.1 million TikTok followers know that acting isn’t the only art she’s perfected.

Dabbling in everything from smoky eyes to glittery accents and cat eyeliner, her beauty game is golden. For us, it’s the stunning contrast between the dark eyeshadow with black lipstick and the softer looks styled with traditional tikka headpieces that prove Ramakrishnan can rock any style.

In her most recent makeup reveal, Ramakrishnan responded to fans’ requests to do makeup tutorials by promising she’d get around to it soon, so you can bet we’ll be refreshing our FYPs constantly until she uploads more. In the meantime, take a look at some of the Never Have I Ever star’s best makeup looks ahead — including romantic red face hearts and a Sailor Moon-inspired design.