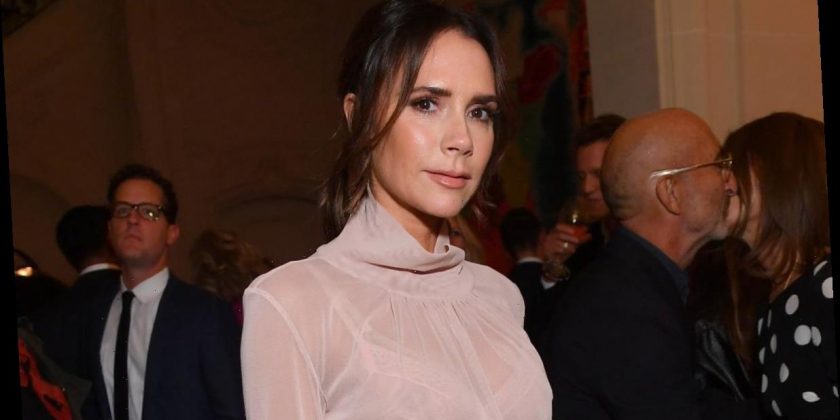 Victoria Beckham is one busy lady, and she's not planning on slowing down anytime soon! The former Spice Girl took to Instagram on Monday evening to tease some exciting news with her fans, revealing that she was going to be making a big announcement very soon. Sharing a photo of herself having her makeup done in her dressing room, David Beckham's wife wrote: "In the chair with @lisaeldridgemakeup Something exciting coming soon!! @victoriabeckhambeauty x Kisses xxx." Fans were quick to comment on the star's post, with one writing: "I can't wait to find out more!" while another wrote: "Wow too exciting!" A third guessed: "Is it something with the Spice Girls?"

While many of Victoria's fans would love her to collaborate again with the Spice Girls, the star's news was in fact to do with her new beauty range. Not wanting people to wait long to find out, the mother-of-four revealed all on Tuesday during an appearance on This Morning, where she told viewers at home that she was going to be launching a new skincare range. This is just the latest string to Victoria's beauty empire bow. The star launched the much-anticipated Victoria Beckham Beauty line in September during London Fashion Week, and it has been hugely successful in its first month of release. The new range is reasonably priced, with eyeliners starting from just £20. There's even a Royal eyeshadow palette which Victoria even tested by wearing it to the Duke and Duchess of Sussex's wedding in May 2018. All products are cruelty-free and inclusive for all skin tones, and the beauty line even has its own Instagram page, which has an impressive 108k followers since opening on 10 September.

MORE: The tiara Princess Beatrice is most likely to wear on her wedding day

Victoria has made a name for herself in the world of fashion and beauty, and has been recognised for her talents by royalty too. In 2017, Victoria was honoured with an OBE for her services to the fashion industry, being handed the accolade by Prince William during a ceremony at Buckingham Palace. Victoria's fashion empire also boasts a secondary diffusion line Victoria, Victoria Beckham. Famous fans of her label include her close friend Eva Longoria and fellow A-listers Gwyneth Paltrow, Sienna Miller and Blake Lively, as well as The Voice UK host Emma Willis – who more often than not is seen rocking a VB trouser suit on the days she presents live TV. Victoria's clothes are even popular with the royal family, and the Duchess of Sussex has stepped out in her pieces on more than one occasion.