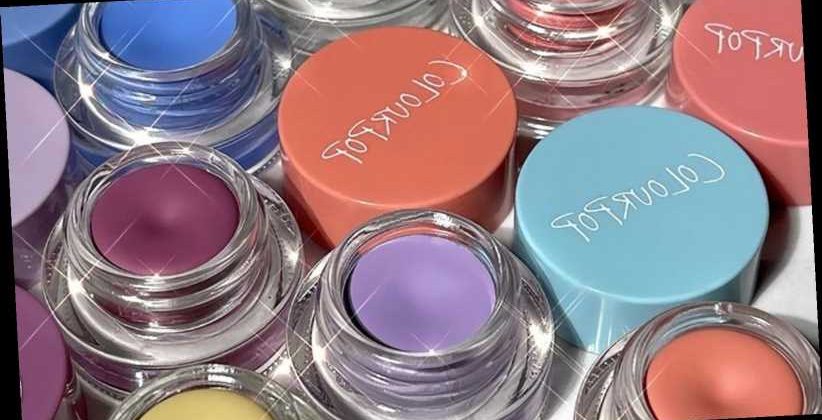 Laura and John Nelson are siblings who founded their beauty incubator company SEED Beauty in 2014. The pair launched the first of what would prove to be several Instagram-ready cosmetic brands shortly thereafter, with ColourPop Cosmetics being the first out of the gate. The Nelsons then partnered with both Kylie Jenner and Kim Kardashian West to launch Kylie Cosmetics and KKW Beauty, respectively, and thus cementing their status as heavy hitters in the world of cosmetic companies that have been developed specifically with Instagram in mind (via InStyle).

ColourPop Cosmetics is definitely appealing, especially to millennials and Generation Z. The company offers a multitude of affordable products, all of which are cruelty-free and designed around whatever trends have been catapulted to the top of the list by social media users, while also still retaining an “anyone can do this” appeal (via Elle).

The Nelsons explained to Miss Bish that this appeal is definitely intentional. “We’re driven by an inclusive approach to beauty. Our hope is to be a fun brand that empowers people to be playful and experiment with products in a way that isn’t intimidating and makes them feel good about themselves.”

While ColourPop has escalated and likely reaped enormous profits in only a handful of years, it’s also seen its fair share of controversy and drama. In 2016, fans of the brand were outraged after the release of the company’s Sculpting Stix. Cosmetics Business explains that people were angry about the names of the products. While the contouring shades designed for lighter skin tones had names like “Gummy Bear” and “Castle,” the names of the shades designed for darker skin tones included “Yikes,” “Dume,” and “Typo.”

Beauty blogger Moyo Ajepe was so frustrated and angry that she wrote an open letter to the company for Affinity Magazine. In “Dear ColourPop, My Skin Color is Not A ‘Typo'” she said, “I’m the least person that acts triggered, but these names HAD ME SHOOK. Society already views dark skin as inferior and unwanted. Light skinned girls are praised for their eurocentric beauty and are always the subject of ‘get you a lightskin/white girl’ memes on the internet that rack up thousands of retweets. Darker skinned girls like myself, grow up perming their lovely, natural afros because they want the soft silky hair that barbies and lighter skinned people are praised for having.”

ColourPop ended up apologizing and renaming the shades to “Point Dume,” “Bloom,” and “Platonic” (via Cosmetics Business).

That’s not the only mystery and drama surrounding ColourPop. While SEED Beauty has always been known as the manufacturer of the products offered by Kylie Cosmetics, there’s at least ostensibly a difference between the products offered by Kylie Cosmetics and ColourPop. But many people have wondered if the two theoretically different companies have actually been selling the same products, just under different names.

Confused? That’s okay: there are a lot of people confused about this specific topic out there! In 2016, Kylie Jenner addressed the rumors directly. Refinery29 shares that she posted a video about ColourPop, and noted that, “ColourPop and I are not the same… formula. I have an exclusive formula that I created myself… but we have the same manufacturer, along with so many other brands… Just like how those big brands aren’t ColourPop is exactly how my brand is.”

ColourPop co-founder John Nelson agreed. “With each of the brands, it’s going to be a little different how we leverage the resources and the infrastructure. Everyone is coming up with their own formulas and their own exclusive products” (via Refinery29).

Unfortunately, the good vibes between Jenner and ColourPop soured sometime between 2016 and 2020, because their parent company SEED Beauty filed a lawsuit following the sale of Jenner’s company. The action was confusing to quite a few people, but it’s pretty easy to understand once you know the details (via Forbes).

Kylie Jenner sold a majority stake in Kylie Cosmetics to mega beauty brand Coty, Inc, in 2019. Business Insider reported that the deal was major, and that Coty “agreed to purchase a 51% stake in the company for $600 million, valuing the brand at $1.2 billion.” The sale itself didn’t seem to ruffle too many feathers at SEED Beauty, but what allegedly happened next sure did.

In the court filings, SEED alleged that Kylie Jenner’s company and former Kylie Cosmetics owner King Kylie intentionally “shared trade secrets from the beauty manufacturer with the CoverGirl owner” (via Cosmetics Business). The Fashion Law further explained exactly what SEED was alleging, noting that the company believed Coty had participated in the “theft of [its] pioneering and proprietary digital-first business model that has revolutionized the cosmetics industry.”

ColourPop uses a simple formula to keep their prices low

While the Kylie Jenner lawsuit has certainly attracted a lot of attention, that’s hardly the only thing people wonder about when it comes to ColourPop Cosmetics. Many people are confused about how the company is able to keep its prices low but still produce quality makeup, and it turns out that “digital-first business model” is exactly the way. As a commenter on Reddit explained, the company can charge low prices and still net big returns because its business is exclusively online. When there aren’t brick and mortar stores (and all the extra expenses accrued) to worry about, it’s pretty easy.

Laura and John Nelson echoed this sentiment to Mish Bish, albeit in a more business-driven way. “Our business model enables us to operate and produce our products efficiently, which ultimately benefits our customers in every way. We develop and make all of our products in-house, and sell and ship directly to our customers. Those savings create tremendous value that gets passed on to the customer without jeopardizing quality.”

ColourPop's online-only business model might be hiding some dark secrets

That same business model could be covering up some ugly truths. In February 2020, The Guardian reviewed a BBC Three documentary about beauty bloggers and vloggers and the companies they love, ColourPop Cosmetics included. Two of the documentary’s participants, known simply as Resh and Queenie, voiced their concerns over the brand and its platform.

After Resh noted that ColourPop is the “internet’s most popular beauty brand,” Queenie expressed her own concern: “I really hope it isn’t tightly controlled by PR.” As they quickly found out, the brand is, in fact, tightly controlled by PR. The two were allowed to ask ColourPop’s Erin Lindsay, who works on the company’s product development team, a few questions about the brand. What they uncovered was unsettling, and definitely raised more questions, about wages and the environment.

But as The Guardian explained, ColourPop was ready with its spin: “Queenie asks about ‘the disposable element’ of buying cheap makeup that, by ColourPop’s own admission, people have seen on Instagram and may only wear once; Lindsay repackages it not as ‘disposable’, but as ‘experimental.’ Clever. They make 1,000 liquid lipsticks in an hour, all in small plastic containers. It would be unfair to put the blame for environmental issues in the industry on one company, but it is illuminating.”