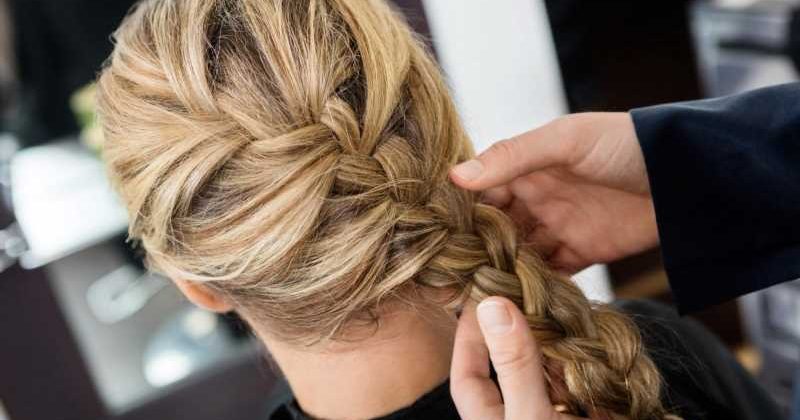 Chances are you’ve worn your hair in braids before. If not, you’ve probably seen others wearing their hair plaited. There are several popular options, and among them are the French braid and Dutch braid versions of the hairstyling technique. The French braid originated either 6,000 years ago in North Africa (via PopSugar) or during China’s Sung Dynasty in 960, according to Ipsy. Either way, the solid choice for securing your hair away from your face in a decorative braid has a long tradition. The nicest thing about the hairstyle is that it works well for nearly everyone.

There is a subtle difference between French and Dutch braids, and one ends up looking like hair cascading down your head while the other offers a stunning 3-D effect as if the braid floats above your scalp (via Southern Living). While both plaits employ several of the same techniques to gather all the hair into a single braid or multiple braids, there is one significant difference that changes the overall effect.

Here's the one technique that differentiates the French and Dutch braid

Both French and Dutch braids start with three strands near the crown of the head, or near the top in the case of two plaits (via Southern Living). To achieve the cascading French version of the popular style, you cross the strands over the middle one while picking up a piece of the surrounding hair with each cross, according to Ipsy. Once you’ve gathered all the hair into the braid, you can switch to a regular plait to finish the length, secure it at the nape of your neck, or any variety of other finishes, including an effortless updo.

The Dutch braid is sometimes described as an inside-out braid, offering a more pronounced look than its more subtle counterpart, as Southern Living explains. To create the 3-D look, you start with three strands, just the same as the French braid. However, instead of crossing the strands over the center strand, you pull them under the center, which causes the hair to puff up. You can watch a visual tutorial here.

If you’re used to one technique or the other, it might be hard to achieve a different look since your muscle memory could come into play. However, with some time and concentration, you can learn to do both French and Dutch braids for fun, timeless hairstyles that keep your hair out of your face.