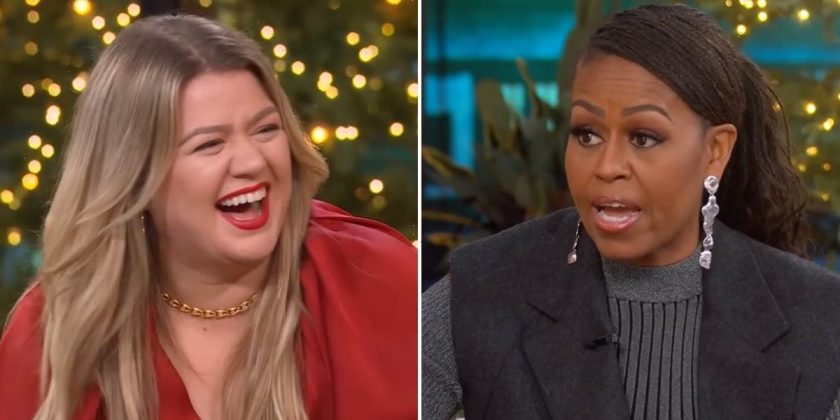 Michelle and Barack Obama can be quite convincing — politically, yes, but also parentally. In a Dec. 20 appearance on “The Kelly Clarkson Show,” the former first lady praised younger generations for creating “broader definitions” of identity. There is, however, one form of self-expression she’s dissuaded her daughters from trying: tattoos.

“My generation, tattoos meant something totally different,” Obama said. She then shared her and her husband’s approach to tattoos with their two daughters, 24-year-old Malia and 21-year-old Sasha: “We used to threaten our kids that if you get a tattoo, we’re going to get exactly the same kind and show it on TikTok or whatever.” She added, “Take the cool all away. We’re gonna make it so uncool. Barack Obama’s gonna have a heart on his shoulder.” Though that is a sight we’d delight in seeing, it seems the Obamas have been able to evade the ink so far.

In addition to sharing her parenting hack, Obama elaborated on her recent comments about not feeling comfortable wearing natural hairstyles while in the White House. “There were people who tried to turn us into others,” Obama told Clarkson. Obama recalled thinking at the time, “Braids? People aren’t gonna understand braids, sadly.”

Watch the interview segment in full above.