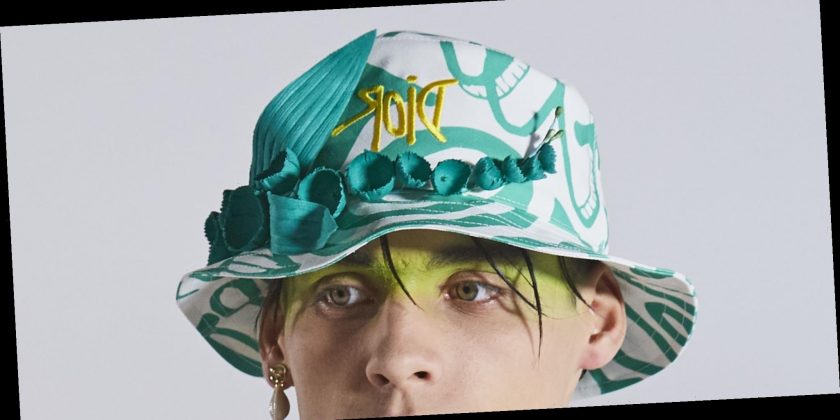 There was no better backdrop for Dior’s latest menswear show than buzzy Miami in the days leading up to the annual Art Basel festival. Designer Kim Jones created a fantastic collection that Creative and Image Director of Christian Dior Makeup Peter Philips described as a “cyber surfer who does graffiti.”

That translated to exactly the color palette you’d expect: bold neon and tropical shades that extended from the clothing to the bucket hats to the stripe of acidic green makeup. The entire runway and outside of the building at the new Rubell Museum complex in the city’s Allapattah neighborhood—just west of Wynwood—was wrapped in Shawn Stussy Dior graffiti in shades of electric yellow, green, and blue. 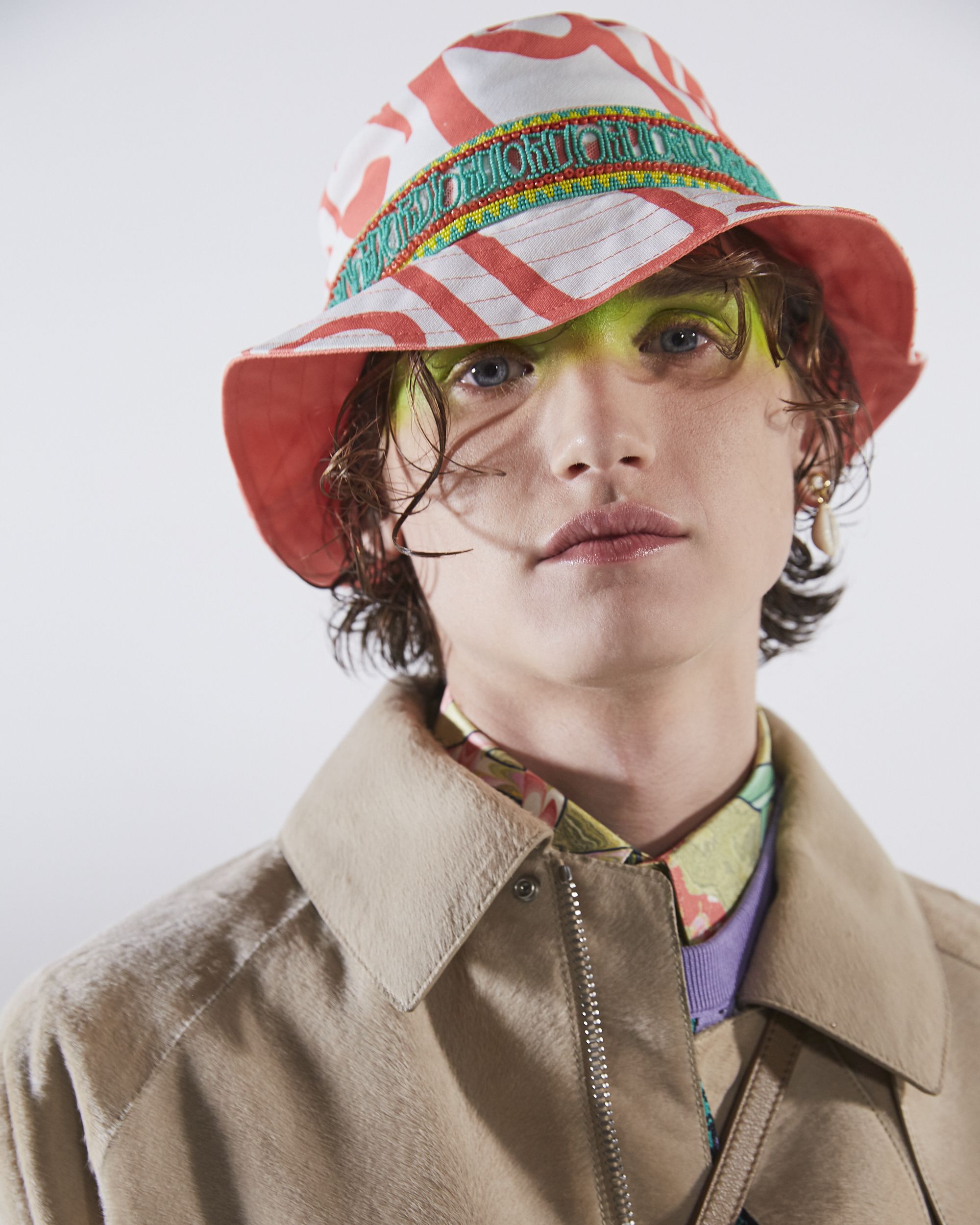 “It’s a Blade Runner-style, Daryl Hannah kind of stripe,” Philips said of the makeup backstage. Thirteen male models were given a stripe of custom lime green paint across their eyes using a Temptu airbrush device. The result was shockingly subtle on the runway given the color, mostly because the stripe was hidden just under the brim of the patterned bucket hats designed by Stephen Jones. The makeup looked like nothing more than a shadow cast by the sun as the models stomped through the venue (or maybe we were too busy gawking at the new Air Jordans and Dior sneaker collab). 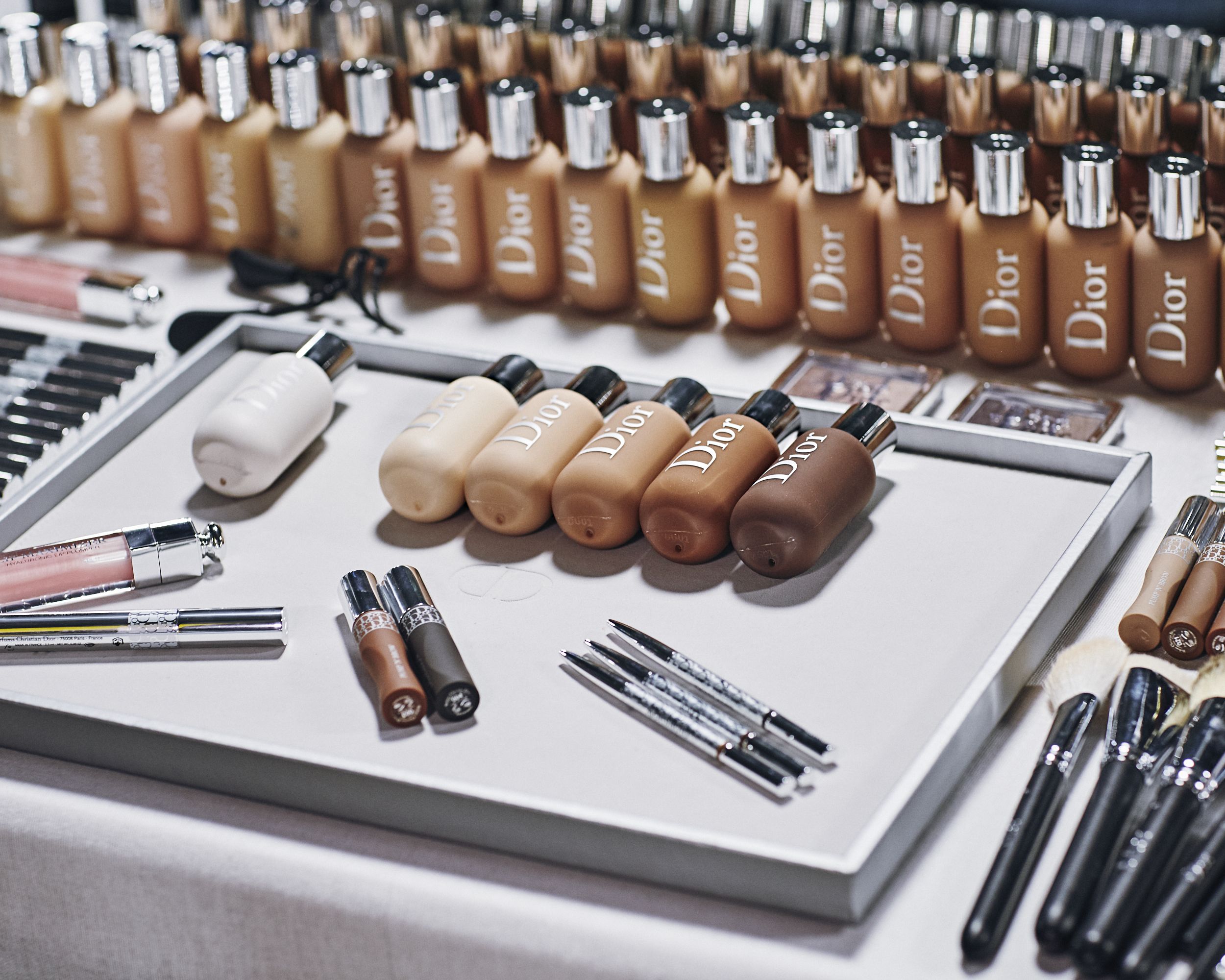 It’s not surprising that the hair at the surf-inspired show was a wet and grungy look, which legendary stylist Guido Palau created using Redken Forceful 23 hairspray and All Soft argan oil, applied liberally and often. The hair was mostly hidden and tucked under the bucket hats, save for a few face-framing pieces that caused a mild makeup meltdown. Philips had intended to use a water-based body paint to create the colorful stripe, but the face-framing oily hair kept disrupting the color. So Philips and his team instead went for an alcohol-based color secured with Derma Shield, a skin-protecting mousse, instead. The Blade Runner stripes lasted all night, even as the models left the show to party alongside the likes of Kim Kardashian West, Bella Hadid, Nina Dobrev, Travis Scott, Ricky Martin, Gwendoline Christie, and David Beckham. 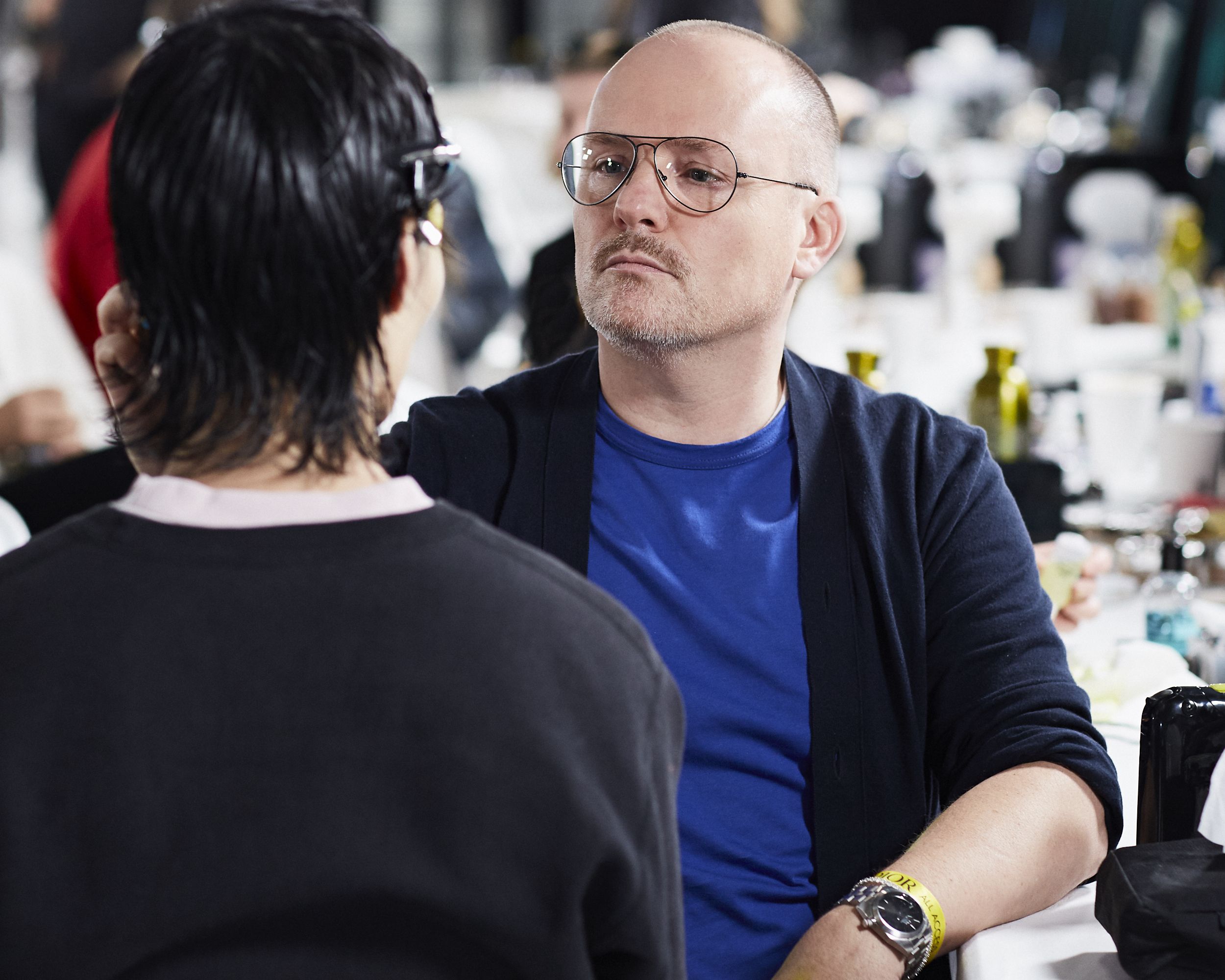