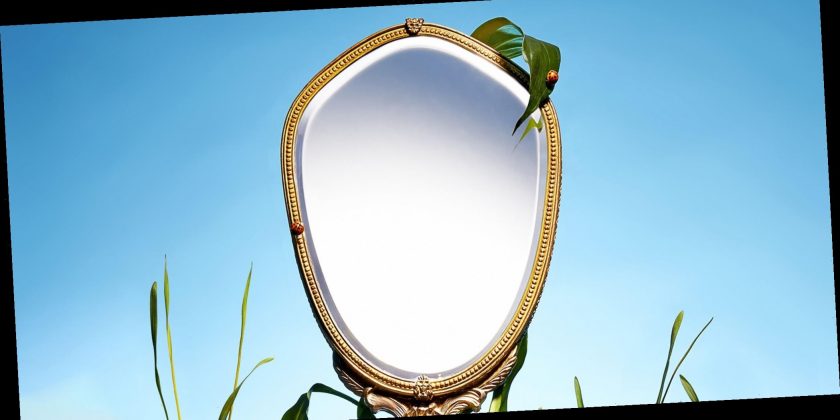 My mother had her work cut out for her when it came to protecting her only daughter, me, from sunburns and skin cancer. For starters, I’m paler than any white-sand beach I’ve ever stepped on. And when I was a child, every time she tried to reapply my sunscreen, I’d sprint straight into the ocean, where I knew she’d never chase me. As an adult, I’m grateful for my mother’s dedication to SPF (no sunspots!). But when I was younger, I wanted to be tan like the olive-skinned Sicilian women in my family, who never got sunscreen lectures and always returned from the beach with a Mediterranean glow.

Instead, I was the kid put on “shade breaks”—our ancestry differences radiating like my sunburn.

“It feels wrong to fight my features, now that I know the unique combination of places that make me me.”

While most people can use family and ancestry interchangeably, the two words are pretty distinct if you’re adopted, as I am. When it comes to the former, I couldn’t ask for more. I have loving parents who worked hard to give me every opportunity they could afford, including beach vacations complete with all the Coppertone Kids I needed.

But growing up in the ’90s and ’00s, my ancestry—i.e., the unique combo of genes (and people) that makes me who I am—was a question mark. After all, every one of my features (the tiny red flecks in my hair, my slightly crooked smile) is a combination of thousands of people over thousands of years, the people they were attracted to, the decisions they made. The way I saw it, to not know anything about them is to not know myself.

Info, at Your Doorstep

Fast-forward a couple of (very tech-driven) decades, and a quick saliva sample can trace your ancestry up to a thousand years ago, connecting you with people who share your DNA. AncestryDNA can pinpoint your origins down to the county ($99, ancestry.com), and 23andMe says 95 percent of customers match with a third cousin or closer ($199 for the full ancestry and health report, $99 for ancestry only; 23andme.com). 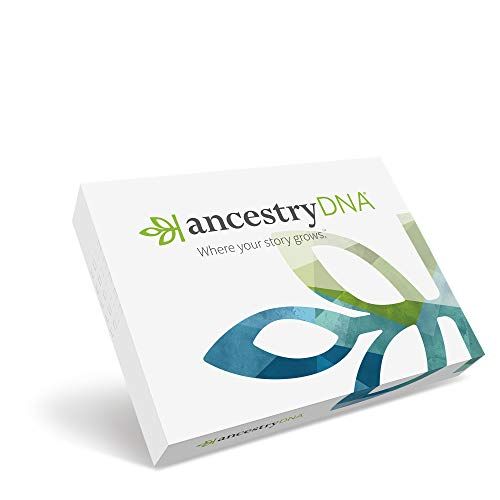 That’s how Amanda, a 32-year-old human resources generalist in Kalamazoo, Michiganalso adopted at birth—found her biological family. She took a 23andMe test, and a month later, she received a notification saying she had a new relative in the database: Leisa, her birth mother.

Shortly after, Amanda met Leisa, plus Amanda’s two biological sisters, Devyn and Brittany, who traveled all the way from Arizona to Chicago for the meeting. They had spoken on the phone, but Amanda was anxious leading up to the IRL chat. What would they talk about in person? What if it was super intense? Or worse, uncomfortable?

“Connecting with my biological family made me want to expose the features we share.”

It was neither. “We spent the first couple of hours staring at each other, comparing our skin tone, eyes, and freckles,” she says. “Previously, I never had a reason to compare features with someone and think I might find similarities.”

In a way, their on-the-surface things in common served as an icebreaker. “I could tell we shared many personality traits from our phone conversations, but I didn’t expect we’d be practically braiding each other’s hair within the first 10 minutes,” she says. “Typically, when you’re observing someone, you have to be discreet, but we were blatantly ogling one another. And there were certainly no awkward silences!”

Seeing her features reflected back at her helped Amanda view her flaws differently—fondly. “I’ve never been a fan of my ears, which are a little pointy, but now that I see them on people I care about, I think, Yeah, they’re a little elfy, but also kind of cute,” she says.

She wears less makeup now too. “I used to wear a full face of makeup, even to the grocery store,” Amanda says. “But connecting with my biological family made me want to expose the features we share. I remember being amazed at how pretty Devyn looked without eyeliner and thinking maybe I could pull that off too.”

Dendy Engelman, MD, director of dermatologic surgery at Metropolitan Hospital in New York City, notes that DNA tests are partially driving the natural-beauty trend. “Most of the time, we’re looking for a justification for our skin struggles or an explanation of our features,” she says. “It’s easier to accept things we can explain.”

“We reclaim some of our dignity when we learn more about them.”

Courtney, a 29-year-old communications director based in California, says the results of her AncestryDNA test (she’s from Ghana, Nigeria, Scotland, and Ireland) inspired a back-to-basics shift in her beauty routine. “It feels wrong to fight my features now that I know the unique combination of places that make me me,” she says.

That means embracing her freckles and rocking her natural curls instead of chemically straightening them into oblivion. “So many African Americans came to this country as slaves, so we don’t know many specifics and just get pigeonholed as ‘black,’” she says. But when AncestryDNA traced her lineage down to a specific tribe in Ghana, she felt a supreme sense of pride. “Our ancestors were taken from their culture and families, then they came over and built another country. We reclaim some of our dignity when we learn more about them.” For Courtney, that dignity showed itself in surprising ways: “I believe my hair is beautiful in a way I didn’t before.”

As for me? After years of wondering where I come from, I learned that I’m almost allllll Irish/English. Granted, this was always my theory, given my pale skin and the fact that three people asked me for directions the last time I was in Ireland. But somehow, confirming my background—even discovering that my ancestors likely came to the U.S. during the famine—has given me a new appreciation for who I am and what I look like.

I found myself wanting to highlight the auburn undertones in my hair instead of drowning them in dark dye as I usually do, and I miss the freckles that sent me into the shade as a kid but faded over the years.

I appreciate my features more as I get to know the women I share them with—as if my smile is not mine alone to hate.

It’s almost as if hating my features is disrespectful to those who came before me: the people who traveled an ocean to make a new life in America, the 1,138 people who share my DNA on 23andMe, and my biological mother, who I eventually connected with on Facebook. Yep, I knew her full name, so it was only a matter of time before social media became a thing and I put my very refined millennial stalking skills to good use.

I look a lot like my birth mother, and the biggest shock was seeing my features—especially my smile, which makes my cheeks puff out in a way I never really loved—mirrored in her profile picture. It turns out, I can 100 percent relate to Amanda’s evolving relationship with her “elfy” ears: I appreciate my features more as I get to know the women I share them with—as if my smile is not mine alone to hate. I still have a bone to pick about my premature grays, though. And I’ll forever believe in the power of sunscreen. (I guess my mom was right about that after all.) 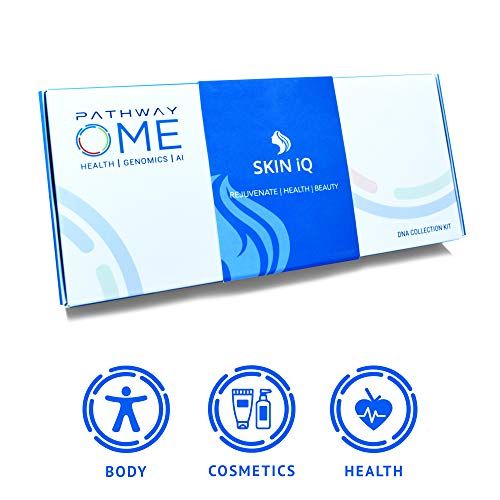 Even if you think you know your ancestry details, there are still lessons to learn from doing a deep dive into your genetics. Pathway SkinFIT (and SkinIQ), a DNA kit that launched last year, can help determine your predisposition to issues like advanced photoaging, dry skin, and sunspots ($129, pathway.com). And the DNA test Vitagene has a skin report that evaluates your genetic risk for certain skin conditions ($99, vitagene.com).

“In a lot of families, ethnicity is a game of telephone played over generations, and some things get lost,” says Joshua Zeichner, MD, director of cosmetic and clinical research at Mount Sinai Hospital in New York City. “That can be a problem, because your background influences your risk for eczema, psoriasis, and hyperpigmentation, and you can’t always tell by looking in the mirror.” Although it’s best to take your results with a grain of salt, they can motivate you to take tighter control of your regimen. Win!

This article originally appeared in the October 2019 issue of Women’s Health.