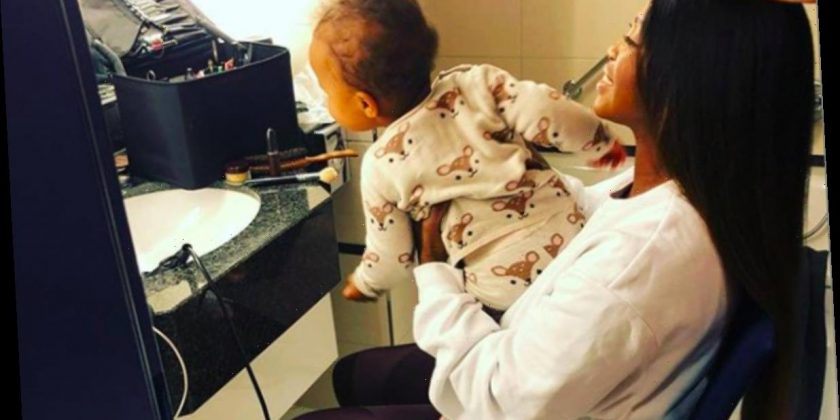 Strictly Come Dancing judge Motsi Mabuse was feeling in a reflective mood on Sunday as she marked 20 years of living in Germany. The star shared a throwback photo on Instagram of herself taking part in a dancing competition when she first arrived and wrote a lengthy post alongside it. The TV star opened up about her achievements during this time, as well as her hopes for her baby daughter being able to have equal opportunities and never feeling a sense of not belonging. She wrote: “Being a mum now my goal is to make sure our daughter knows that this is her home, she belongs here and she will have equal opportunities and never ever have someone make her feel she is not welcome!! Now boys and girls go get it!! It’s already yours.”

Motsi had started the post with: “Anniversary.20 years ago I arrived here in this country with my suitcase and a dream. I have to say I feel like I have been truly blessed when I look back. I now call Germany my home even my passport says so. I have been longer in Germany than I ever was in South Africa just let that sink in…The last 20 years have taught me hard work pays off but more than that be genuine, be authentic, be fiercely passionate about what you believe in, vulnerability is not a weakness, there will be more defeats than wins but you learn to loose better (still learning). You learn to get up much faster and be better. I believe in the power of the universe, the law of attraction this sounds so cliché but having good intentions makes a difference.”

The star opened up about her hopes for her baby daughter

She added: “I have learned to let go what I think things should be but embracing what things are (tough lessons) I thank Germany for all the lessons, all the opportunities, all the closed doors, all those who dared and opened the doors @letsdance. I knew when my life took another direction and I landed where I landed (unplanned) it came with a responsibility I hope I have broken some misconceptions and stereotypes of how foreigners & black woman, in particular, have been labelled in Germany. We are capable, we are willing, we have ambition, we are here and we part of this continent. See us!”

As well as finding incredible success in Germany – where she runs her own dance school with her husband Evgenij Voznyuk – Motsi has also found a new legion of fans in the UK after becoming a judge on Strictly Come Dancing last year. The mother-of-one replaced Darcey Bussell on the BBC One dance show, and soon became a fan-favourite amongst viewers.