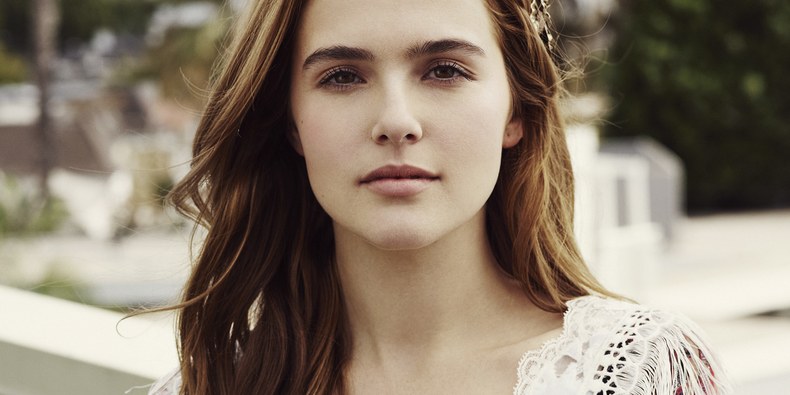 After testing out a shoulder-grazing bob as part of her Halloween costume, the actress Zoey Deutch apparently decided to make the cut for real. On Instagram on Monday, she revealed her newest look: a just-more-than-jaw-length angled, center-parted bob.

“Did a thing,” she captioned the photo, adding the scissors emoji. In the first of three images she posted in a gallery, Deutch stands toward the back of the frame, looking askance in a red zip-up top and red trousers. The hair stylist Chris McMillan grins in the foreground. The last two photos depict Deutch alone, showing off different angles of her new cut.

did a thing ✂️

The cut came courtesy of McMillan, whose clients have also included Sarah Paulson, Michelle Williams, Selena Gomez, and Jennifer Aniston (McMillan was the one, after all, who crafted the iconic Rachel, a style perhaps more famous than the Friends character it was named for). Deutch is far from the first celebrity who McMillan has encouraged to go short recently: His Instagram is filled with images of the likes of Nina Dobrev and Emma Roberts (whose hair he described as a “hairline bob”) showing off their new jaw-length looks.

On her Instagram stories, Deutch posted another photo of the look, this one in total profile, her hair entirely obscuring her face. “Blunt,” she wrote over the image in all caps.

Zoey Deutch shows off her new hair on her Instagram stories, November 2018.

It’s quite the dramatic transformation for the 23-year-old actress, who rarely opts for shorter looks (she’s most recognizable in shoulder-blade-length soft waves). But with her 24th birthday coming up this weekend, there’s no better time for a fresh start and a fresh cut. She’s about to step into producing with the upcoming feature Buffaloed, in which she stars with Jai Courtney and Judy Greer (she did also earn a production credit on The Year of Spectacular Men, the movie directed by her mom, Lea Thompson), and she’s filming The Politician, a Ryan Murphy show that also stars Ben Platt, Gwyneth Paltrow, and Lucy Boynton.