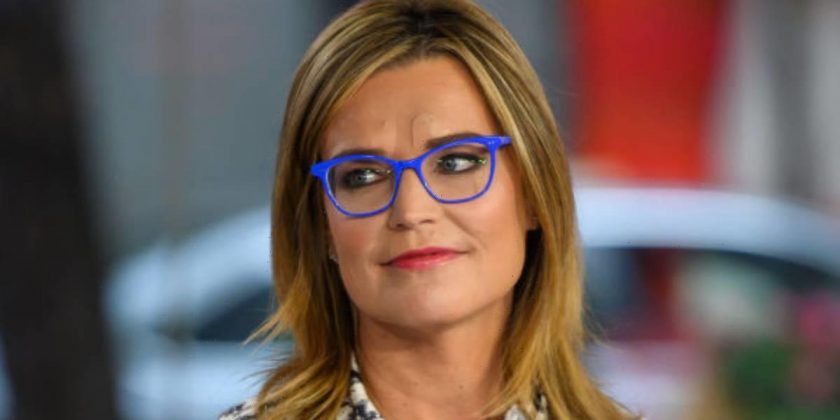 Savannah Guthrie knows only too well the challenges of juggling a successful career and being a wife and mom – and she’s not afraid to admit it.

The Today show host and her husband, Michael Feldman, have two children together, Vale, seven, and Charles, four, and their journey to parenthood wasn’t an easy one.

But as she navigates being a working parent she says she’s, more often than not, overcome with guilt.

Savannah and her co-host, Hoda Kotb, gave an eye-opening glimpse into their lives away from the television screens when they gave a joint interview to Good Housekeeping.

When asked about mom guilt and how she deals with it, Savannah gave a lengthy response.

SEE: Savannah Guthrie goes for the chop as she unveils short hair transformation

MORE: Savannah Guthrie’s absence from Today explained – and it involves her co-star

“The first time I put [Vale] in her nursery, I lay down on the bed and started sobbing. Mike said, ‘What’s wrong?’ And I said, ‘This is the farthest apart we’ve ever been.’

Savannah says she has mom guilt all of the time

“She’d either been in my belly or in my arms or in my room, and I just felt sick. I almost felt physically ill to be apart from her — and it still happens. I’m feeling guilty right now.

“I’m probably late to [pick her up from] the bus. I don’t know how to overcome it. I just know that it’s real. I wish it weren’t, but it really is. I mean, I feel guilty all the time, and all I do is hang out with my kids.”

Hoda – who has two adopted children of her own – had the best response as she comforted Savannah with some kind and wise words.

“I do have some guilt, obviously,” she said. “But at the same time, I want them to love work, because work is going to be part of their lives, and it’s cool and it’s exciting and Mom loves it.”

She added: “You’re not pulling me away, and what I love more is coming home to you — like, you try to make sure that they get both pieces of it. But it is [hard] … especially when you wait so long for something, you don’t want to miss a minute.”

Savannah waited a long time for her family and was 42 when she had her first child.

She has been incredibly open about their difficult road to becoming parents in the past and revealed that their youngest child was their “medical miracle” after Savannah went through several rounds of IVF to welcome him.

She told Health: “We were lucky. I always say, Charley was, like, the last egg out. He really was. And we’re so blessed.”