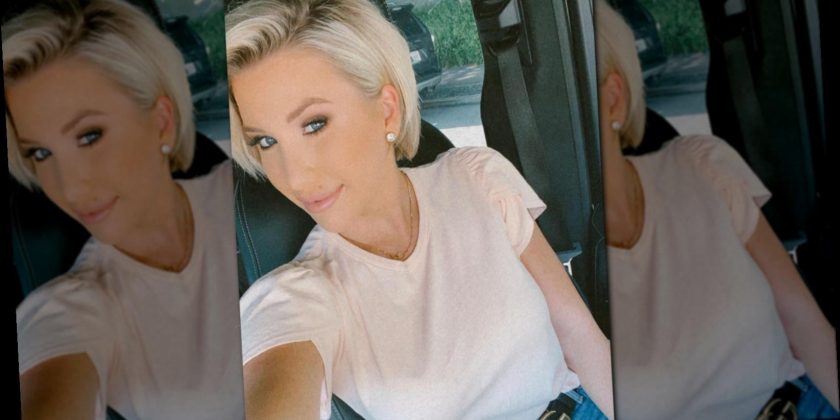 Fans of Savannah Chrisley will know the reality star looks just as good without makeup as she does all glammed up. The Chrisley Knows Best breakout is a big fan of selfies, frequently sharing her face of the day with her millions of Instagram followers. Even immediately after a sweaty workout, Chrisley’s skin somehow manages to appear luminescent. Naturally, fans are wondering just how she does it. Thankfully, the self-described beauty junkie launched her own cosmetics line, Sassy by Savannah, in November 2020 and while promoting it, she went deep on what it takes to make her face look so good.

Chrisley took to Instagram to share a bare-faced video with fans, going through her daily skincare routine while also sharing how excited she was about her makeup line. Although Chrisley admitted to being somewhat self-conscious about her natural beauty, revealing she feels naked without makeup on, based on this evidence she doesn’t need to do much of anything to look great.

The Chrisley Knows Best star is a major drugstore proponent

The reality star shared that she wanted to give fans ideas about her fave drugstore finds, in particular, rather than more high-end products. Along with the help of her friend, a skincare professional, Chrisley was very candid about her picks. First up, she admitted to using a scalpel to remove dead skin and baby hairs each morning, before showering, explaining how the process of derma-planing, which removes dead cells from the skin’s surface, isn’t necessary. The Chrisley Knows Best star did, however, warn viewers to be careful of the blade’s sharpness, noting simply, “beauty is pain.” Next, she showcased some extra-strength daily peel pads, which assist in clearing up your skin if you’re slightly broken out.

Chrisley also utilized an anti-aging pad and fancy facial cleanser which, although expensive, the reality star advised only needs a little to work wonders. A refreshing, hydration-boosting cream moisturizer, followed by an ultra defense serum, finishes the job. Right before bed, Chrisley utilizes one of her ultimate drugstore finds, CeraVe Skin Renewing Night Cream, to work its magic while she sleeps. The reality star — whose iconic father, Todd, interrupted her tutorial with a well-timed phone call — acknowledged she has oily skin and encouraged fans with similar complexions to combat it by taking better care of their faces overall (without feeling pressured to break the bank).