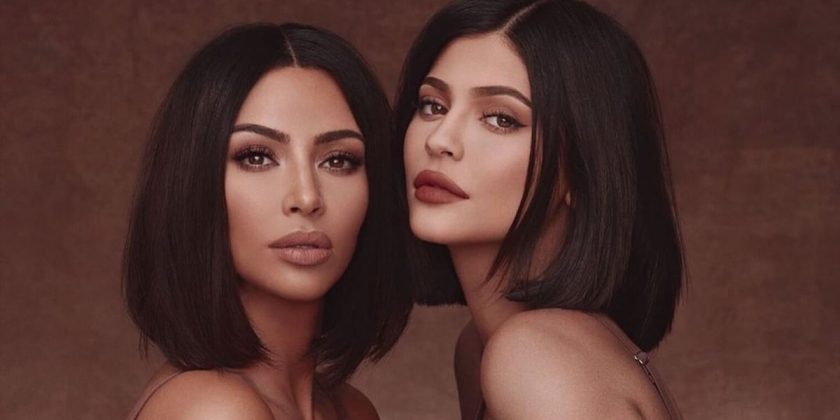 Kim Kardashian and Kylie Jenner are both in the midst of promoting limited-edition holiday collections for their respective cosmetics lines, but that doesn’t mean that they didn’t also make time to release another collaboration with each other. According to two recent Instagram posts from both siblings, Kardashian and Jenner are teaming up once more to release KKW x Kylie part two, which will be sold online via Kylie Cosmetics on Black Friday — so I hope you’re ready to splurge something serious.

Last spring, Jenner revealed on Snapchat that she was releasing a KKW Beauty by Kylie Cosmetics set. The collection introduced four new liquid lipstick shades that were all, naturally, named after and inspired by her big sis. Neither sister has revealed much else about what to expect from KKW x Kylie part two, but it’s possible that customers may be in for a lineup similar to last year’s. Part one was a collection of all nude shades — Kim, a peachy nude, Kimberly, a “true” nude, Kiki, a nude with a pink hue, and Kimmie, a deep nude — so maybe part two will feature a collection of reds or pinks. Or, since the first installment only featured liquid lipsticks, it’s possible that the follow-up might include cream lipsticks.

Guess we’ll all have to wait and see. Scroll ahead to see some images from last year’s launch.