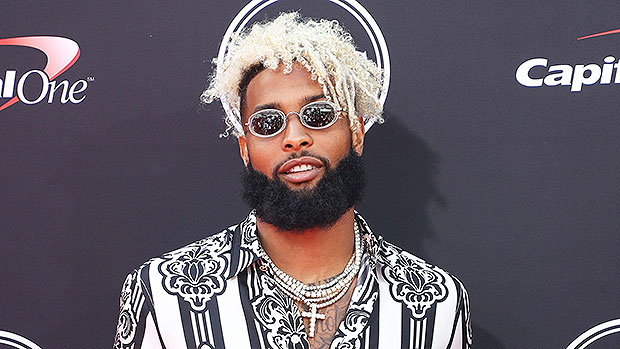 Sorry, what? Odell Beckham Jr. shaved off his incredible blonde hair, and we have the pics to prove it! See his shocking makeover here.

It’s the end of an era! Odell Beckham Jr. cut off his blonde hair, opting for a fresh buzzcut instead, getting rid of the haircut he’s so famously rocked for years. The NFL star started a minor uproar on Twitter when footage of him flaunting his newly shorn locks floated around. In OBJ’s words, he “had to cut it off [and] start fresh.” The rest of the video was him teasing fans by keeping his hair under a cap, just revealing a hint of what he did. But later, he revealed everything! Odell kept the iconic blonde tips, but his hair is totally short. What a change! See pics of Odell’s new hair below!

Of course OBJ’s fans are going wild over the makeover! “Now hopefully my son won’t want the OBJ hair cut anymore! I told him he could for his 8th bday which is Sunday! Now he does have hair like OBJ!” a very relieved @breedanielles wrote on Instagram. @thahoechronicles had a different take on it: “Dumb bitch. ima slap the f**k outta him oh em gee,” they wrote, clearly upset over his haircut.

A lot of fans think we’re all being trolled, that Odell just has his hair flattened and pushed back. They have a point; it’s still blonde on top, and he never takes his hat completely off. Why would he cut it? It’s his signature!

For more pics of OBJ before he blew everyone’s minds and cut off his hair, scroll through our gallery above! Remember the good times, and prayers up if you just got the OBJ hairstyle. 😂