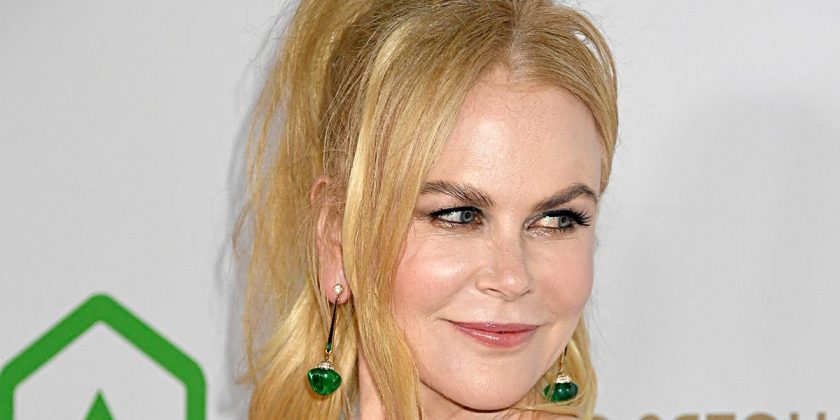 Nicole Kidman has left fans breathless after she tackled a challenging jogging route on Saturday.

MORE: Nicole Kidman lives on a $4.5million farm – and it’s so idyllic

“Running into the weekend,” Nicole wrote alongside her snap, which saw the Hollywood star wearing a matching crop top and sweatpants.

She completed the look with a pair of white trainers.

WATCH: Nicole Kidman and sister Antonia have the sweetest bond!

And although Nicole’s jogging route looked incredibly tiring, she had the most beautiful surroundings around her.

All around the Big Little Lies star it was green as far as the eye could see, and the rising sun created the perfect backdrop.

Fans were full of admiration for the star, as one enthused: “A FIT QUEEN,” while a second added: “LOOK AT HER DOING HER LITTLE RUNNING, AWW.”

Another complimented the star’s impressive physique, as they wrote: “Alexa, play Body by Meghan Thee Stallion,” and a fourth said: “You are looking great Nicole.”

Many other fans were left breathless as they posted strings of emojis to show their support for the 53-year-old.

Last week, the mum-of-four was treated to a very special surprise by two of her daughters, Faith and Sunday.

The two girls got their mom a beautiful bouquet of flowers to celebrate Mother’s Day – and Nicole was more than made up.

Taking to Instagram, the Hollywood star shared a beautiful photo of herself holding a large bouquet of roses, alongside a heartfelt message that had been sent via her children’s school.

She wrote: “I was sent this from my daughters’ school and it says it all… To all our women out there – to our mums, our grandmothers, our sisters, our daughters, our aunts, our girlfriends – I am so deeply grateful to the women who raise other women, who laugh, and love, and grieve, and befriend, and care, and never, ever, ever give up.

The star makes sure to keep fit!

Fans were quick to comment on the photo, with one writing: “Beautiful flowers! Happy Mother’s Day Nicole,” while another wrote: “What a lovely gesture!”

The star is also mother to older children Isabella and Connor Cruise, who she shares with ex-husband Tom Cruise.

Isabella lives in London, while Connor lives in Florida. The pair prefer to keep their relationship with their famous mother out of the spotlight, but are both active on their respective social media accounts.