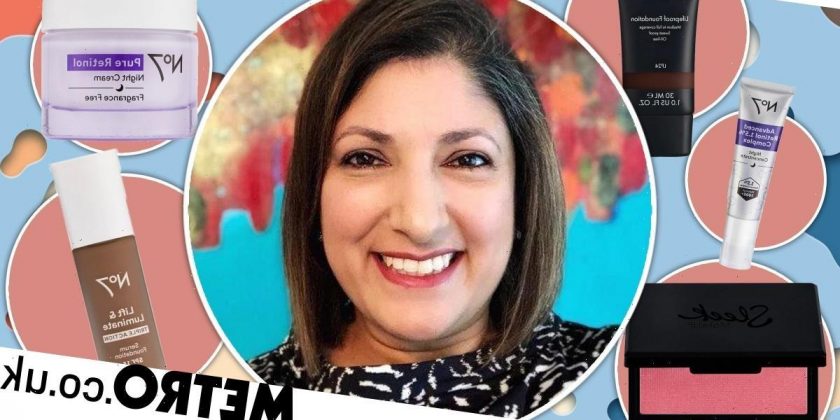 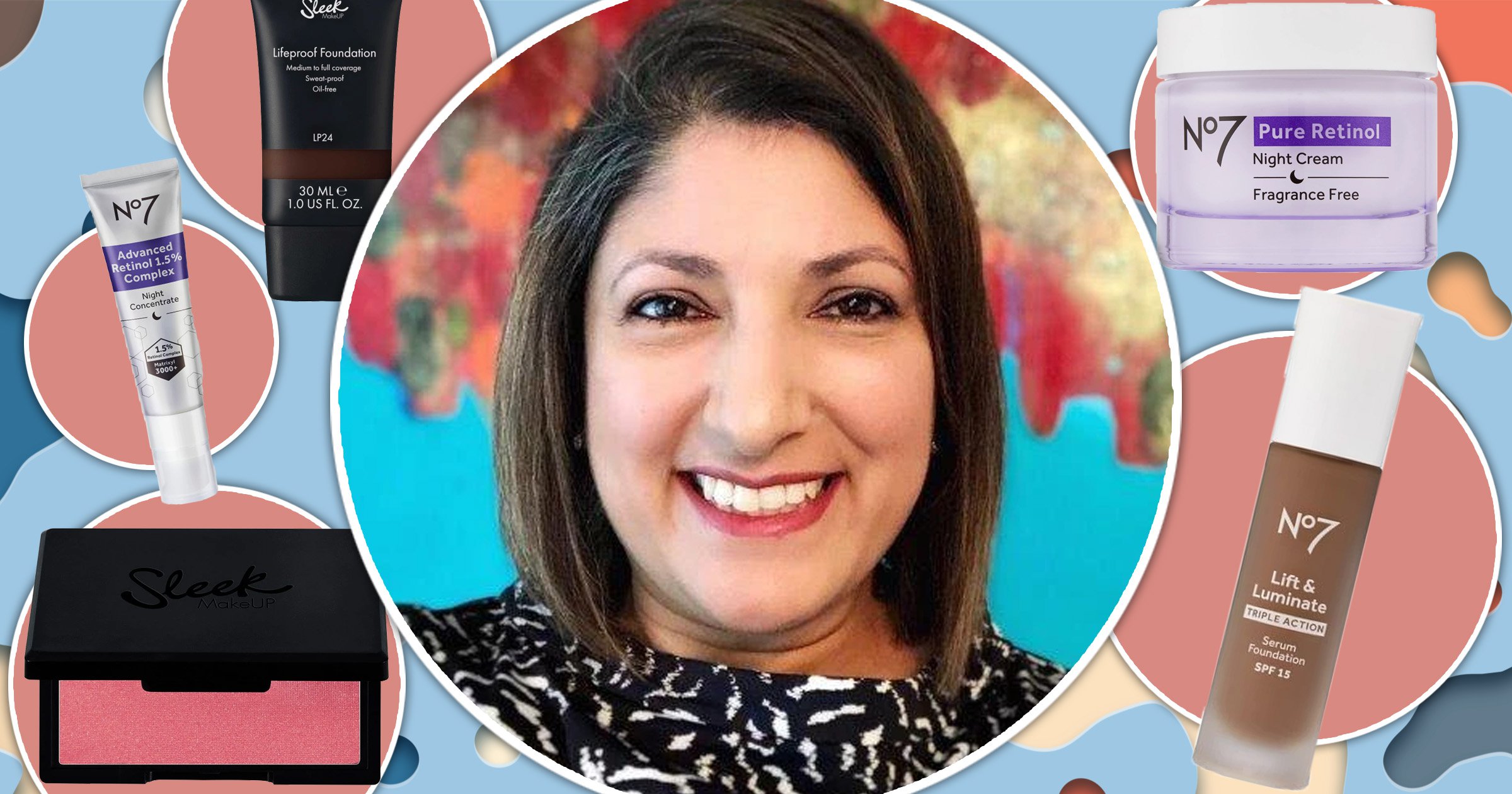 As a teenager in the 1980s, Munnawar Chishty would leaf through Just Seventeen and Cosmopolitan magazines, looking for makeup and hairstyle inspiration.

‘I wanted some ideas but there simply wasn’t anyone who looked like me,’ she recalls. ‘I’m second-generation British Pakistani, born and bought up in the UK.

‘I was proud of my south Asian heritage but in the 1970s racism was rife — it was acceptable to make fun of non-white people.

‘By 1996, the Spice Girls were topping the charts but I wondered why the only black member of the group was called “Scary” and was such a stereotype that she wore loads of leopard print. It felt so wrong to me.’

How fitting, then, that as vice president of beauty at No7, Munnawar is now leading the diversity charge.

From increasing shade ranges and retinol products to introducing extra diversity training for beauty advisers, she’s changing knowledge and attitudes from the grass roots. She’s driven by her own memories of experimenting with makeup as a teenager.

‘I had issues with foundation,’ she says. ‘My undertone is yellow, not pink, but all I could find were foundations with a pink undertone to suit northern hemisphere white skin. So I used bronzers as blushers and concealers to hide stuff and a bit of powder. Meanwhile, the bright neon colours of the 1980s didn’t really suit my skin tone. But there were no options.

‘Even when I started my career and looked at glossy magazines, I didn’t see anyone who looked like me. Naomi Campbell as the first black woman on the cover of British Vogue since 1966 was a really big deal but it felt like the beauty industry was catering for a narrow group of people.’

In her role now, Munnawar has overseen 120 new shades upgrades, giving Boots 480 shades across its ranges.

The company looked at naming conventions, making them more culturally sensitive, and the number of volunteers who have identified as ethnic minorities or BIPOC (black, indigenous and people of colour) on its internal consumer panel has increased by 121% over the past year.

‘We held a mirror up to ourselves and asked if our skin tones really were representative of the entire population,’ says Munnawar. ‘In our recent research, 56% of non-white consumers said they did not feel represented by the beauty industry so we released targeted advertising shining a light on pigmentation and gradient, and increased our retinol products because different skin as we age has different needs.’

Lastly, it was about education — starting on the shop floor.

‘We went into stores and added an accredited training module called the Uniqueness of Skin, so that when a customer talks to a beauty adviser they have a knowledgeable conversation with someone who understands melanin and the biology of different skin tones,’ says Munnawar, who also concedes that there is still a way to go.

‘There are 1.9 million skin tones worldwide, and our research and development team in Nottingham have produced 11 scientific papers on this subject alone,’ she says.

‘But I’m happy we’re working hard to make a difference. No teenager in this day and age will open a glossy magazine and find themselves struggling to identify with any of the models. And that’s the way it should be.’

Here are a few of the inclusive products available at Boots:

This article contains affiliate links. We may earn a small commission on purchases made through one of these links but this never influences our experts’ opinions. Products are tested and reviewed independently of commercial initiatives.