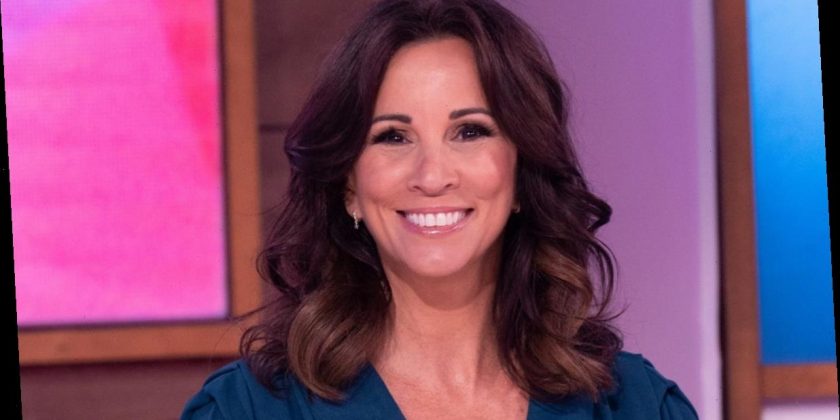 Andrea McLean‘s husband Nick Feeney cheekily pointed out that his wife needs to take a trip to the hairdresser on Wednesday.

SHOP: We’ve searched the Amazon Prime Day beauty deals and these are the absolute best

A video on her Instagram Stories shows the Loose Women star dressed in a black zip-up jumper with her dark hair pulled back into a low ponytail.

“What did you just say to me?” Andrea asked her husband, and Nick replied: “I said ‘I’m dating an old lady.'”

The TV star laughed at his response and protested: “You’re so rude!” before Nick justified his comment. “Why did I say that?” he continued, as Andrea admitted: “Because of my roots, look!”

WATCH: Andrea is interviewed by husband Nick – find out the truth behind their couple’s therapy

Lowering her head to the camera, she pointed to her grey roots which could be seen poking through her centre parting. She captioned the hilarious exchange: “@victoriahatsandhair I need your help ASAP!”

It sounds as though Andrea no longer plans to turn to Nick for help with her hair colour, despite him dying her tresses on several occasions over the past few months – even after hairdressers had reopened.

Andrea showed off her grey roots

In July, she revealed she forgot to book an appointment to get her hair professionally coloured, and left her fate in her husband’s hands with a DIY hair dying kit!

“Am I the last woman in Britain doing her own hair?” she joked at the time. The end result looked fabulous, despite her reservations!

While Andrea has continued to opt for a glossy brunette colour very close to her natural hue, she hasn’t always sported the bouncy blow-dry she’s known for today. In a throwback photo she shared in 2018 to help promote anti-bullying charity, Back2School, the 51-year-old looked almost unrecognisable with an 80s perm, short fringe and bushy eyebrows.

One fan commented on the photo: “Great perm!” while another said: “You remind me of Baby from Dirty Dancing!” A third even added: “You look younger now!”