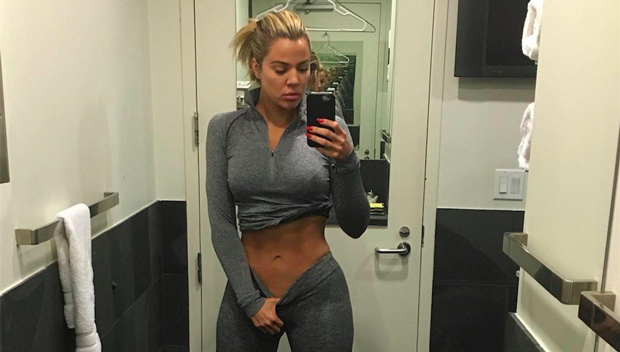 We spoke to celebrity trainer Gunnar Peterson about keeping fit during the holidays and he devised a simple 20-minute workout that you can do anywhere!

It’s the holidays. You’re traveling, you’re short on time and you’ve probably got family commitments coming out of your ears! But you want to stay fit and avoid piling on the pounds over Christmas and the New Year. So, what do you do? HollywoodLife spoke to celebrity trainer Gunnar Peterson and the man whose clients include Khloe Kardashian and Jennifer Lopez gave us a few key moves that anyone can fit into their schedule if they’re pushed for time, low on equipment and can’t make it to the gym. We asked Gunnar to devise something that most people can do in just 20 minutes. He took on the challenge and this is the routine that he gave us EXCLUSIVELY:

1. Squats: “Let’s sequence it this way, because we don’t have enough time really to get proper cardiovascular conditioning as well as strength training, as well as the flexibility mobility,” Gunnar says about the routine, “Let’s do a bodyweight squat. So we’ll hit the big muscle group first, the gluts and the legs. Do a bodyweight squat and, if you want to get crazy, let’s do a split stance squat [aka a lunge].” Gunnar suggests doing 10, 12 or 15 reps for all of the exercises in this routine.

2. Pushups and Planks: Gunnar then suggests dropping “down into a pushup.” “At the end of the final pushup, let’s go down on to our forearms into a plank,” he says. “Let’s plank for 30 seconds, 45 seconds, 60 seconds whatever you got.”

3. The Bicycle Crunch and the Superman: Next, after working the legs, gluts and arms, Gunnar suggests flipping over and going into a bicycle crunch to target the abs. “Then, flip back over and go into a Superman where you’re doing it face down,” he says, referring to the exercise where you’re literally lying on the floor face down with your arms and legs in the air, lifting your limbs as though you’re flying like, well, Superman! “Let’s go nuts,” Gunnar says. “Let’s do 40 or 50 of those.” With the bicycle crunches, Gunnar notes, each twist counts for one rep.

This sequence of moves focuses on “the core, your lower back, top of your gluts,” Gunnar tells us, noting that, by doing this, you’re targeting your upper and lower body. But he adds that we can mix-up the routine a little, saying, “You can vary the hand position on the pushups so it can be more triceps [focused] or more chest. You can change the foot position on the squat to target the legs differently.”

Although this isn’t an ideal situation, Gunnar says that with, just 20 minutes to spare, “you’re still doing a lot with very little.” Obviously, don’t do any of this until you’ve consulted with a doctor first, but the trainer to the stars says, “Go through that three, four, five, six times. That ought to be right about at your 20-minute mark.” Thanks Gunnar!