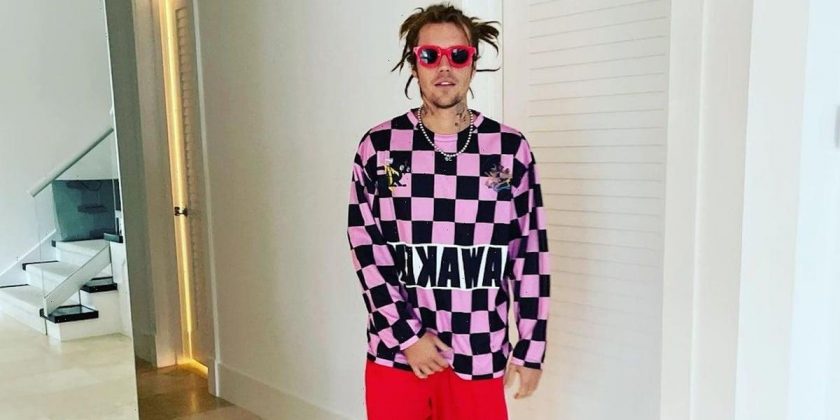 Justin Bieber is sparking controversy yet again following a few of his latest Instagram posts. Earlier this week, the “Peaches” singer shared a series of photos to the platform in which he’s seen wearing his hair in locs — and as you probably could’ve guessed by now, the backlash was swift. Within hours of sharing the photos, Bieber’s comments were flooded with users criticizing his decision to wear the hairstyle and accusing him of cultural appropriation.

“This ain’t it,” one user commented. “You did this for what,” another said.

Locs are a popular hairstyle that includes sections of hair that have been matted and knotted together to create a rope-like appearance. They’re worn mostly by members of the Black community, though Black people are often the subject of scrutiny and racist criticisms when they wear them. (E! host Giuliana Rancic, for example, had to issue a public apology to Zendaya back in 2015 after an offensive comment she made about the faux locs the actress wore to the Oscars, saying they looked like they smelled of “patchouli oil or weed.”)

This isn’t the first time Bieber has worn the style; he also wore locs to the iHeartRadio Music Awards in 2016 and was accused of being culturally insensitive then. He never addressed people’s criticisms or issued an apology, but he did remove them not too long after.

As some people on social media are already pointing out, the problem with the pop star wearing the style lies with the fact that locs — along with braids, cornrows, and Afros, to name a few — are often labeled “ghetto” or “unprofessional” when worn by Black people, yet these same styles are often validated and looked at as fashion statements when worn by non-Black people. These criticisms of Bieber (as well as the previous one) are likely falling on deaf ears right now, but we can’t say the people calling him out don’t have a point.