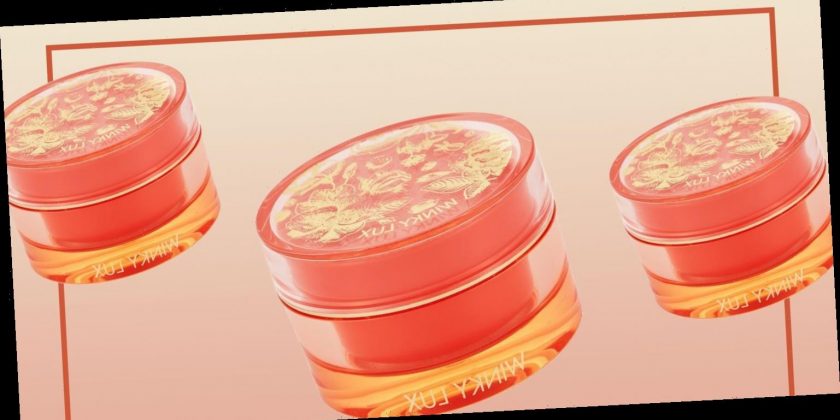 I've been spending the winter in the mountains of New Hampshire, which is wonderful for my mental health and terrible for my skin. While I thought subjecting my skin to Boston's city pollution was bad, it's apparently much more adverse to harsh, sub-zero winds and frequent snowstorms. I'd slather expensive cream on my red, chapped cheeks only to wake up with a sprinkling of acne and an oily complexion. Thankfully, I discovered the newly formulated Winky Lux Dream Gelée Moisturizer, and my skin is finally at peace.

If I'm being honest, I was initially skeptical because this cream is only $30. If my $100 celebrity-touted products weren't doing the trick, why would a budget-friendly option? Desperation and curiosity led me to try it anyways. Plus, my New Year's resolution was to clean up my skincare a bit, so I liked that it's vegan, cruelty-free, phthalate-free, sulfate-free, and paraben-free. When I tried the cream, I was impressed that it not only felt lightweight, but that it also melted in, almost like my parched skin was finally taking a long drink of water. The formula was cooling and gave my irritated skin the same sort of relief aloe vera gives a sunburn — which makes sense, because aloe vera is one of the key ingredients. I also liked that the formula contained salicylic acid so I'd avoid the dreaded post-moisturizer breakouts.

I let the cream melt into my skin overnight and assessed the results in the morning. Like any good cream containing hyaluronic acid and glycerin, the moisturizer helped to soften and hydrate my dry, flaky patches overnight. Unlike any other cream I'd tried, though, I woke up with a clearer, brighter complexion than the night before. Not only was I free of acne, but the moisturizer appeared to have this plumping effect (thank you, caffeine) that made me look downright dewy.  Honestly, I was a little embarrassed to go into the kitchen looking so glowy when the rest of my household was nursing mild winter-induced wind burns.

The cream's newly enhanced formula also contains resveratrol, an ingredient that helps to protect the skin's natural moisture barriers from environmental aggressors, so now I'm proactive against the elements by blending the cream with my sunscreen for my morning walks. Tip: This also makes for a great primer if you're wearing makeup during the day.