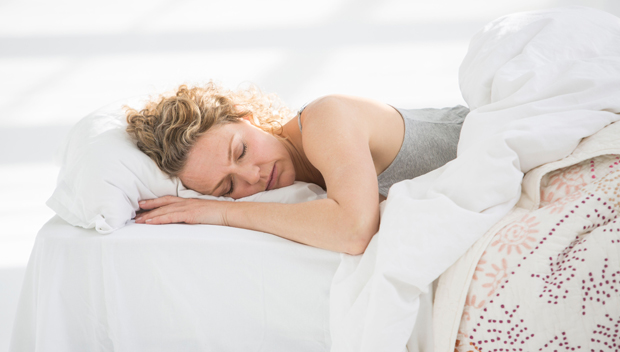 It’s so hard not to gain weight around the holidays. Trainer to the stars Gunnar Peterson tells us EXCLUSIVELY how sleep can help fight against packing on the pounds.

Nearly everyone gains at least some weight around the holidays. Between Christmas cookies and other sugary holiday treats to big dinners, it’s inevitable. While exercise is an obvious way to avoid packing on the pounds, so is sleep! Celebrity trainer Gunnar Peterson — who helps sculpt the beautiful bodies of Jennifer Lopez, Kate Beckinsale, Amber Heard and more — explains why it’s essential to get those much-needed zzzzz’s at night. We asked him about what three tips he had to avoid putting on weight over the holidays and he put sleep right up there. “I would say try to focus on your sleep and I know that’s easier said than done, but your body needs to recover,” he tells HollywoodLife.com EXCLUSIVELY.

“So many people talk about, they’re over-training. You’re probably not over-training, you’re probably under-recovering. Especially during the holidays, if you’re overeating and you’re over drinking and you’re under training, at least try to get your sleep right. Plus, it’s hard to eat while you’re sleeping,” he continues. Good point! The less hours you are awake, the less time you have to take in calorie laden treats.

He sticks by the tried and true eight hours of sleep as a goal, and it’s particularly important because over the holidays people are working hard at their jobs and at the gym while still enjoying parties. “If you can get eight, I’m giving you a golf clap for that. That’s terrific. But, use that as your benchmark. If you can get eight, that’s great. Close to that,” he tells us.

“You see people who are just cranking at both ends. They’re working, still, because they’re not off work til the very last-minute, and then they’re going out way more than they would be, and they’re eating or drinking way more than they would be. That’s on a recovery level. On a training level, try to lock in something that you can adhere to,” he advises when it comes to fitting in workouts during the busy holiday season.

As for all the alcohol that flows during holiday celebrations, Gunnar has a great trick to help counteract the negative effects on the body. “Obviously, the food and drink we can go on and on about that, as close to this natural state as possible, plenty of hydration if you are drinking alcohol, three parts water for every glass of alcohol. If you’re having a glass of wine, have three glasses of water. I know that sounds like a lot of fluid, but if you want to minimize the bad effects, but still have the fun effects, that’s the way my nutritionist would tell you that,” he explains.