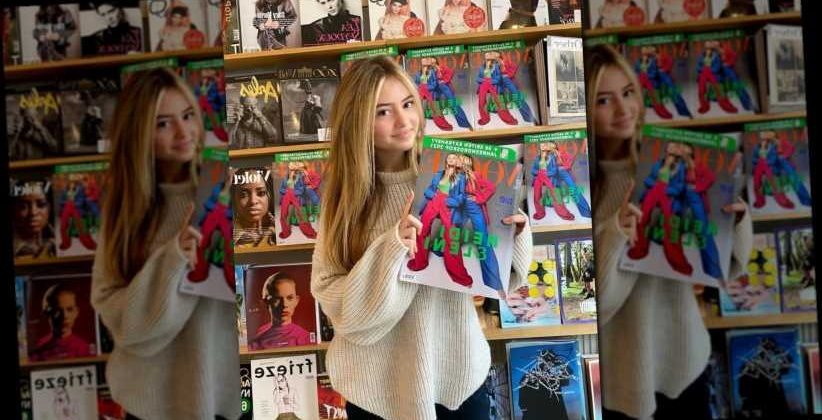 If you can believe it, Heidi Klum’s daughter Leni is 16 years old (via USA Today). In fact, she made her modeling debut in the January/February issue of Vogue Germany this past year. “Sixteen is a good age” Leni’s famous mom said about her first born beginning a modeling career. It seems 16 is also a good age to help Instagram followers feel better about their so-called imperfections, with the modeling legend’s daughter taking to social media to share about a relatable teen issue (via Today).

Leni’s Instagram post simply shows her bare-faced complexion along with the caption, “my skin on a bad day #nomakeup #nofilter #sowhat.” She also shared a video on her Instagram Stories along with the caption, “bad skin. this too shall pass.” Although her post was short and sweet, it definitely made an impact among commenters who felt the model’s honesty about her acne helps to normalize the common condition.

Leni’s followers were quick to share their gratitude for her brave photo, and share how they can 100 percent relate, with comments like, “Welcome to the world! This is normal skin.” Another follower said, “So cool That you show some reality.” This comment summed up what many noted about the 16-year-old’s post: “stuff Society really needs to see.”

Many more commenters praised Leni for how beautiful she is — self-perceived bad skin day and all. “You’re so beautiful, but also real,” noted one fan. “Thanks for sharing this,” enthused another commenter, a sentiment shared by many.

It’s worth noting Leni Klum is not the first public figure to try to normalize acne. In fact, in recent months and years, a normalize acne movement has taken over Instagram. And from Mindy Kaling, to Mandy Moore, to Selena Gomez, to Chrissy Teigen, many stars are not shy about sharing that yes, they too struggle with pimples (via Women’s Health).

Here’s hoping with all that honesty out there, “normal” people will feel less traumatized dealing with their own acne.