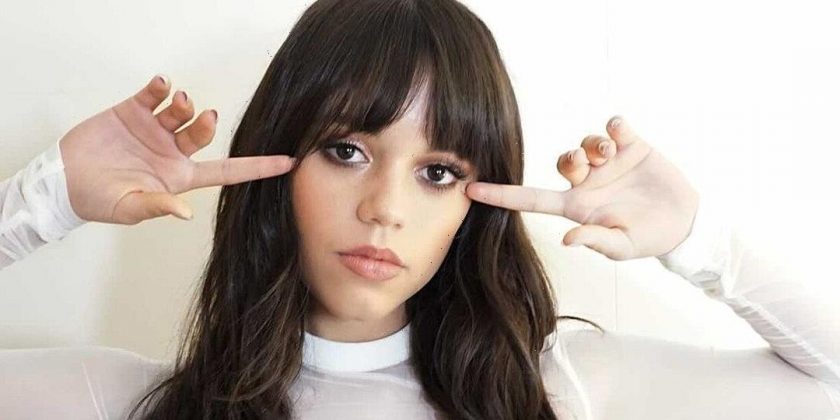 Jenna Ortega's hack for staying grounded after a year of spending way too much time scrolling through our phones at home is pretty simple: delete Instagram.

"I delete Instagram from my phone probably twice a week. I try to stay away from it as much as possible, but it's hard because now it's how young people connect," the 18-year-old actress and Neutrogena ambassador tells InStyle. "The important thing to remember is that social media isn't real and so much of what is being advertised isn't authentic or necessarily the best for your well-being, so you have to take social media with a grain of salt."

Because the You star limits her time on social media, she isn't up to date on TikTok beauty trends — which is probably for the best considering there are a ton of questionable tutorials on the platform. Take curling your hair with a radiator and DIY teeth whitening as two examples of that.

Instead, Ortega focuses on staying authentic both inside and out, which is what drew her to partner with Neutrogena, a brand that was a staple in her family's bathroom growing up.

"My older sisters used the Pink Grapefruit Oil-Free Acne Wash, and then I started using it once I grew up because I watched them using it. So joining Neutrogena as one of its faces is entirely surreal. I love that the brand wants people to know that internal beauty is most important, and skincare and haircare isn't necessarily for looking good, but for feeling good. I think that's a really important message to share nowadays, especially with social media."

Aside from Orgeta's beloved cleanser, she's adamant about wearing sunscreen (she keeps a travel-friendly stick in her bag always) and she's curious about chemical exfoliation.

"[Neutrogena] just came out with the Skin Perfecting Liquid Face Exfoliant. I had never heard of a liquid acid before, so that's something I just want to try," she says. "It seems super interesting because it's supposed to get rid of your dead skin cells without being super abrasive on the skin." On top of staying consistent with her skincare, Orgeta also knows the importance of a solid haircare routine, which will come in handy as she prepares to play Wednesday Adams in the upcoming Netflix series Wednesday, a character known for her long, shiny, dark hair.

"I do do a lot of things to my hair and it's constantly being damaged at work, so I like a nice treatment on a Friday night," she says. Orgeta is a fan of Neutrogena's Healthy Scalp Clarify & Shine Scalp Scrub, which clears away buildup while boosting, you guessed it, shine.

VIDEO: When You Apply Sunscreen in Your Skincare Routine Actually Matters A Lot

Much like social media, hair is another area where the actress stresses it's important to do what's right for you and not what everyone else is saying. "I know a lot of people recommend to not wash your hair too consistently, but I have very fine hair and I get buildup really easily," she shares. "So, I think consistent haircare isn't the worst thing and also, consistent trims have made the biggest difference in my hair growth and make it feel thicker and stronger."