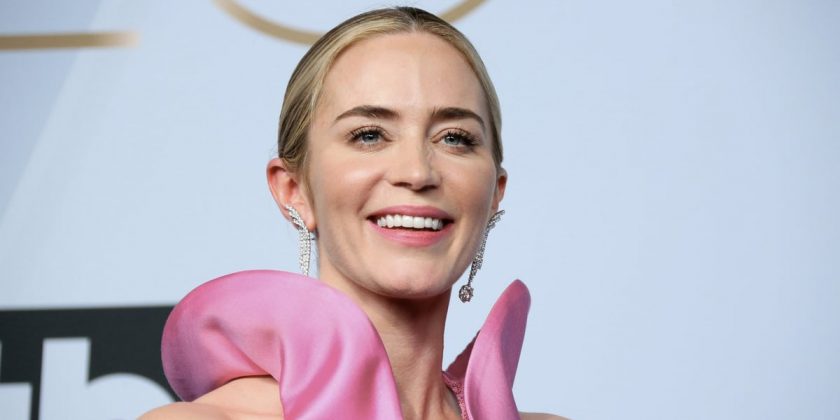 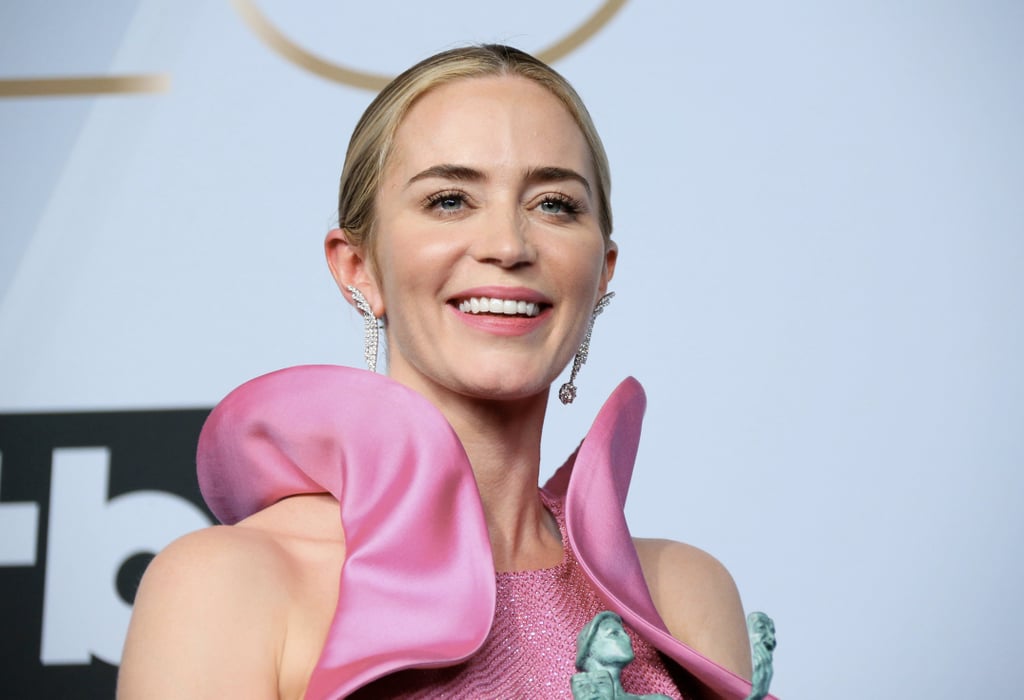 Emily Blunt and the word “perfect” seem to go hand-in-hand anytime she opens her mouth to sing or steps out onto the red carpet with husband John Krasinski, which is great and all . . . but can we take a second to talk about her skin? Smooth, clear, and exponentially brighter than the SAG Awards trophy she took home — it doesn’t get more goals than that.

The secret, according to her facialist of 11 years Biba de Sousa, is regular skin resets. “Leading up to awards season, I saw Emily several times,” de Sousa said. “She is flying literally all over the world and her skin needed some TLC. She complained about the effects of dry and humid Winter climate on the East Coast on her skin and about dehydration from multiple air flights.”

By “TLC,” de Sousa means a combination of a few techniques: light therapy, microcurrent facials, a gua sha board (“to stimulate meridian points of her face”), lymphatic drainage, and what she describes as “fascia release.”

“[Fascia release] is also relaxing, which is what Emily needed after being crazy-busy with her double nominations this season.”

“Fascia release is a manual facial manipulation technique gaining a momentum among US estheticians, but I have been practicing it for years,” she said. “Basically, I move fascia in a certain manner and direction to release facial expression tension and to enhance blood circulation in the surface of the skin. It is also relaxing, which is what Emily needed after being crazy-busy with her double nominations this season. Dry skin tends to ‘harden’ fast once exposed to stress and elements, and fascia release erases the traces of fatigue.”

But perhaps the biggest tip de Sousa can impart is not necessarily what she does for Blunt but rather what she doesn’t do. “Emily’s skin is in very good shape, so she doesn’t need much intervention in terms of extractions or laborous exfoliation. She is very holistic — I don’t recall ever putting acids on her face. Not searching for extreme treatments has preserved her skin so well, and she looks just like she did 10 years ago.”

Bask in all her glowy glory, ahead.